In Dramatic Video, Girl On Rollercoaster Gets Hit On The Head By Bird

"I was very scared, I didn't know what to do because I was stuck in a chair," she said later 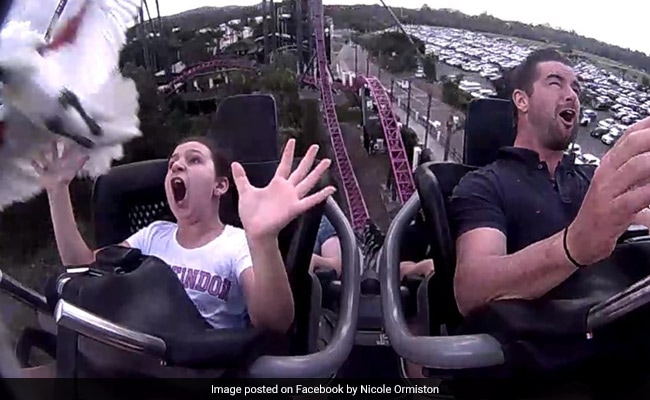 A video of Paige getting hit by a bird mid-ride has gone viral online.

Rollercoasters are usually not for the faint-hearted, but one girl in Australia got more than she bargained for when she went for a ride at Movie World in Queensland. A video captured by the amusement park shows the 10-year-old girl, Paige Ormiston, getting hit by a large bird. The alarming video was shared online by her mother, Nicole Ormiston, on Saturday.

"Paige just got hit by an ibis while riding front seat on the DC rival hypercoaster," the post read. "She had feathers on her and a beak scratch on her right shoulder. She's completely shocked, a little bruised but ok."

The video has gone viral online with over 4 lakh views

Speaking to 9 News about the incident, Paige said that she was "very scared"

Let us know what you think of the video? Let us know using the comments section.