"I Couldn't Afford Shoes": Hima Das Talks About Her Journey In Viral Post

"My parents always told me to make the best of what I have," says Hima Das 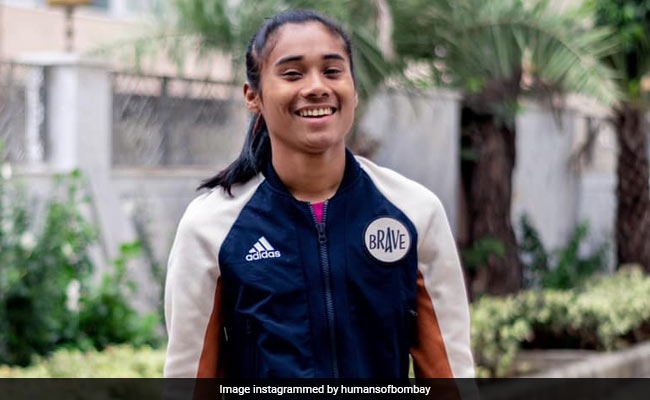 From a small village in Assam to the Commonwealth Games in Australia, Hima Das' meteoric rise has inspired many. Now, the ace Indian sprinter talks about her journey from not being able to afford proper shoes to becoming the world junior champion in a Facebook post. The post, shared by popular Facebook page 'Humans of Bombay', has gone viral online.

"Both my mom and dad were rice farmers... We lived in a joint family, never had enough money," says Hima Das. "But despite that -- my parents always told me to make the best of what I have." Later in the post, she talks about how her parents did not know what the Commonwealth Games are, but were "happy and excited" to watch her on TV when she qualified for them in 2018.

Hima Das talks about how, in school, she would practice football without proper shoes and how her physical education teacher, impressed by her speed, asked her to participate in the inter-district athletics competition. Winning the competition opened many doors for her.

"From there, I was spotted by two coaches who thought I had potential and asked me to join their camp in Assam," she says, adding that she was worried about staying away from her family, but that her father encouraged her to do it.

She then describes her rigorous routine at the camp, where she trained twice a day and woke up before the crack of dawn.

"I even got to represent India at the Asian Games and at the IAAF World U20 Championships -- where I was the first Indian to win a Gold Medal!" she says.

Hima Das scripted history by becoming the first Indian woman to win a gold at the IAAF World Under-20 Athletics Championships in 2018.

"Today, I've even been given the Arjuna award by the President. I've won so many medals for India, and have millions of people tell me that they're so proud of me!" she says.

Since being shared online on Thursday, the post has collected over 7,000 'likes' and dozens of comments.

"She is such an inspiration," wrote one person in the comments section. "Keep soaring to new heights," said another.