Jubilee has a congenital issue with her eyelids, giving her a perpetually surprised look. 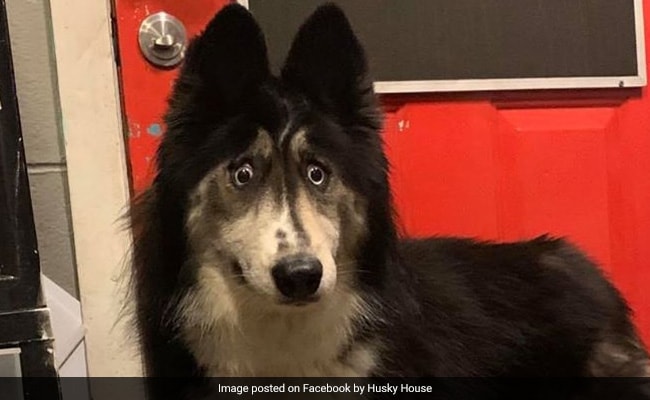 Jubilee the husky has found her "fur-ever" home.

A Siberian husky that was abandoned because of her "weird" eyes has found a forever home after her pics and adoption appeal went viral on social media.

Jubilee, the 4-year-old husky, was dropped off by a breeder at Husky House shelter in Matawan, New Jersey, in 2018. According to a Facebook post by Husky House, the breeder said he was not able to sell her as she was "weird" looking.

Jubilee has a congenital issue with her eyelids, giving her a perpetually surprised look, reports CNN. Other than that, the dog is perfectly healthy.

Husky House, a non-profit organization and shelter for dogs, said that Jubilee's permanent cartoonish look of surprise had hindered her chances of adoption. "Jubilee has been with us for two years and had zero interest and not one application. She attended adoption events and people would snicker and we could hear them comment about her looks," they wrote on Facebook.

"I wish I was beautiful so someone would want me to be their dog," wrote 'Jubilee' in her heartbreaking adoption appeal that was posted by Husky House on Facebook Wednesday. "I'm a little shy because people mostly laugh at the way I look."

The adoption post went massively viral online and has been credited with helping Jubilee find her forever home. Since being shared online, the post has collected over 47,000 'shares' and 29,000 reactions, along with thousands of comments.

You can follow the husky's adventures on the Facebook page that her new humans have set up for her.