Huge Meteor Explodes In The Sky Above Derby. Watch

"The whole horizon was lit up and there was no sound." 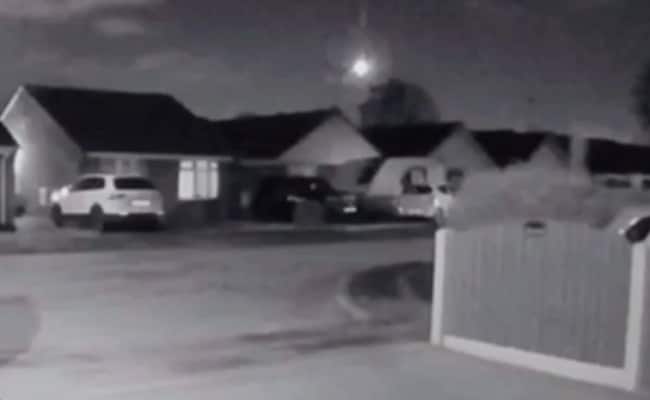 A doorbell camera in Derby captured a meteor exploding.

A man's doorbell camera captured an exploding meteor in Derby, UK. According to Metro News, Gary Rogers received a text from his smart doorbell alerting him to suspicious activity outside his home. The 52-year-old was shocked when he realised that the suspicious activity was actually a celestial light show in the night sky.

The doorbell camera footage shows the meteor streaking across the sky before exploding into a fireball.

"I was in bed and was about to go to sleep when my phone pinged. I couldn't believe it," said Mr Rogers to Metro News.

"I've seen shooting stars before but never a meteor. I thought it's definitely not a firework, it was too bright for that. The whole horizon was lit up and there was no sound," the Derby resident added.

According to BBC, experts at the National Space Centre in Leicester said the natural phenomenon captured was probably a bolide - a large meteor and often extremely bright meteor which explodes in the atmosphere.

Rob Dawes, chairman of nearby Sherwood Observatory, said: "Mr Rogers was very lucky to get such a nice bright one. But you'd be surprised how many of these do come into the atmosphere at any time of year."