How Many Stars Can You Recognise in This Pic With Indira Gandhi? 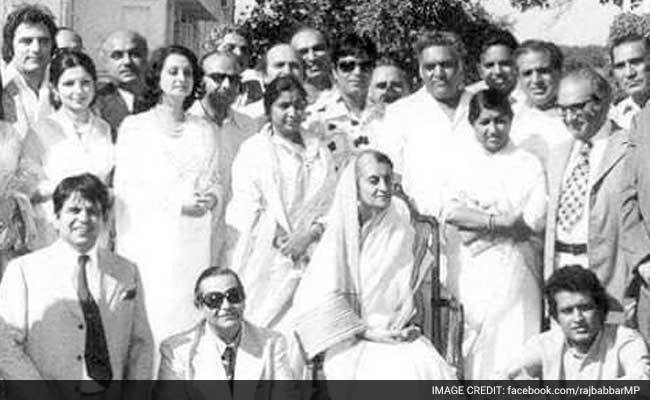 This photo is really quite something. Chances are, you'll see it or a version of it on social media somewhere - we found it on actor and Congress leader Raj Babbar's Facebook page where it already has over 27,000 likes and almost 5,000 shares since he posted it on Thursday.

Easy to see why. The black and white picture from several decades ago shows then-Prime Minister Indira Gandhi in a group with some of Bollywood's biggest stars of the era. We spot Dilip Kumar, Raj Kapoor and Manoj Kumar perched on the ground; Feroz Khan, Sharmila Tagore and Saira Banu standing. Mrs Gandhi is flanked by Lata Mangeshkar and someone who looks like she could be either Asha Bhosle or third Mangeshkar sister Usha. Several other notables crowd around. Oh, to have been a fly on the wall here.

It's not clear exactly which year the photo was taken, but it's likely from Mrs Gandhi's first term in office from 1966 to 1971.

Too much stardom for one picture? We'd certainly have been blinded had we been there.

Who else can you recognise? Do let us know in the comments below.