Hindi Diwas 2019: Using the hashtag #HollywoodMoviesHindiName, Twitter users left no stone unturned in translating the titles of several Hollywood movies like 'Silence of the Lambs', 'The Mummy Returns', 'When Harry Met Sally', 'Dunston Checks In' and many others. 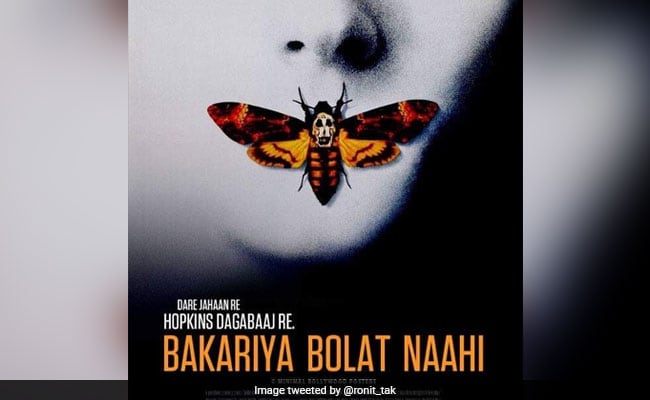 As the country celebrates Hindi Diwas today, Twitter users chose to make viral a witty trend which had users exercising their funny bone in giving Hollywood movie titles a desi twist. Using the hashtag #HollywoodMoviesHindiName, Twitter users left no stone unturned in translating the titles of several Hollywood movies like 'Silence of the Lambs', 'The Mummy Returns', 'When Harry Met Sally', 'Dunston Checks In' and many others.

Take a look at the funniest memes and jokes on the trend circulating on Twitter:

One user turned 'Silence of the Lambs', which stars Anthony Hopkins as a jailed, cannibalistic serial killer, into 'Bakariya Bolat Naahi'.

Another user took aim at Ben Affleck-starrer 'The Accountant', turning it into 'Munim Ji'.

One user shared a funny translation for 'The Mummy Returns'.

One Twitter user shared a translation for 'Avatar' and asked users who suggested it.

One user turned a 2011 romantic comedy, 'Friends with Benefits' into 'Laabh Vaale Mitr'.

Another user hilariously translated the Hollywood epic 'Lord of the Rings'.

Lords of the rings #HollywoodMoviesHindiNamepic.twitter.com/5yB30Z1PwG

One user shared a poster for the dubbed version of the comedy 'Dunston Checks In'.

One of my most favorite movie as a child
Dunston Checks in
Ek Bandar Hotel Ke Andar
#HollywoodMoviesHindiNamepic.twitter.com/JZ20wnbXIe

Hindi Diwas, celebrated every year, commemorates the day Hindi was adopted as India's official language by the country's Constituent Assembly. Written in Devanagri script, Hindi is one of 22 scheduled languages in the country.

Prime Minister Narendra Modi tweeted his congratulations on the occasion of Hindi Diwas.

"Many congratulations to you all on the occasion of Hindi Diwas. The simplicity and decency of a language give meaning to the expression. Hindi has beautifully incorporated these aspects," PM Modi tweeted in Hindi.

Union Home Minister Amit Shah also tweeted commenting on how Hindi had the "ability to unify the nation".

Hindi is the language which has the ability to unify the nation," Mr Shah said in a tweet in Hindi.