The teenager started freestyle football in 2016, training and learning tricks by watching videos on YouTube. 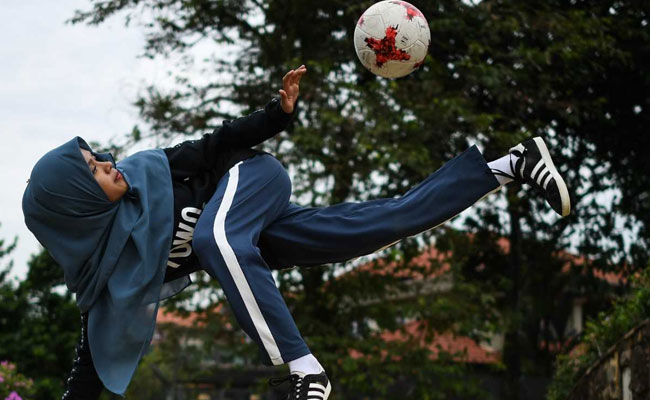 "The headscarf is not an obstacle," she says. "It's normal. It's just how you handle it." (AFP Photo)

The slick freestyle football moves of a Malaysian Muslim girl have boosted her into the spotlight in a country where the sport is dominated by men.

Sporting a headscarf, Qhouirunnisa' Endang Wahyudi executed deft moves, juggling the ball before balancing it on her soles and later on her forehead.

"The headscarf is not an obstacle," the 18-year-old student told AFP at a park in Klang, a city about 40 kilometres (25 miles) southwest of the capital Kuala Lumpur.

In freestyle football, players use all parts of their body to perform often acrobatic tricks with the ball.

More than 60 percent of Malaysia's 32 million people are Muslims. Many Muslim women in the country don the traditional hijab and loose-fitting clothing in line with Islamic requirements of modesty.

Islam does not stop women from playing sports, Qhouirunnisa' said. The teenager started freestyle football in 2016, training and learning tricks by watching videos on YouTube.

"With freestyle, you can be free as long as you don't show (your body)," Qhouirunnisa' said, adding that she has the full support of her family.

Football is one of the most popular sports in Malaysia, despite the national men's team being ranked a dismal 171st in the world. Fans across the country often watch matches live on TV well past midnight, cheering foreign teams in competitions like the World Cup.

"Freestyle in Malaysia is mostly (practised by) men," Qhouirunnisa' said, but added that girls in the country were becoming more interested in it.

She trains four to five days a week, balancing, kicking and juggling the ball for up to three hours in every session. 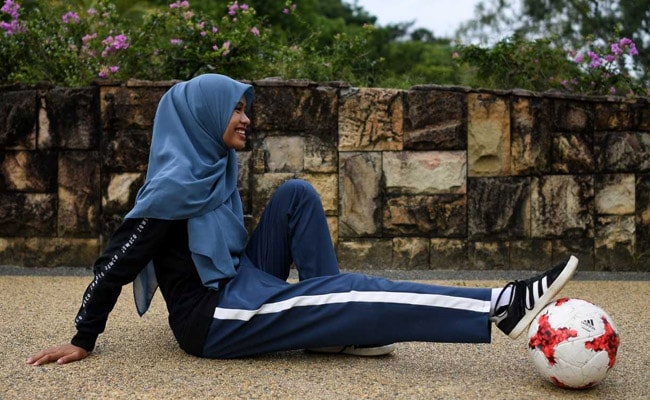 In freestyle football, players use all parts of their body to perform often acrobatic tricks with the ball. (AFP Photo)

"Being a woman is not an obstacle," she said. "You can be active in sports."