He Spent 45 Days Making A Monopoly Game, Then Used It As Wedding Proposal

He even created a trap door to hide the ring in. 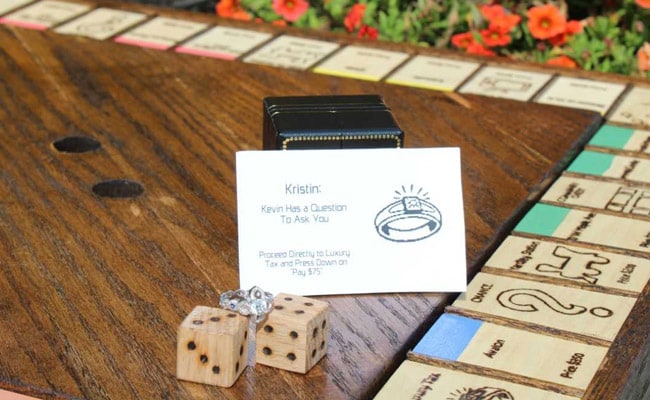 A picture of the Monopoly board shared on Imgur by Kevin Jones.

We have seen quite a few ingenious marriage proposals. From a TV reporter's on-camera proposal to a Shah Rukh Khan-style one, there have been plenty of examples that have made us smile from ear to ear. However, a New York man's long-term plan to propose to his girlfriend probably wins the award for the sweetest proposal ever. Kevin Jones spent 45 days making a Monopoly board game from scratch to propose to his girlfriend Kristin, reports BBC.

"We both love board games. Kristin is super-competitive and I love that about her," Kevin told the BBC. "Monopoly is her favourite game. So, after spotting a similar creation online a couple of years ago, I decided to have a go myself."

Describing himself as an "amateur woodworker", Kevin shared step-by-step pictures of the board game's progress on Imgur. He also customised the board game to refer to restaurants they enjoyed and places they liked to visit together.

He then created a trap door to hide the ring in. 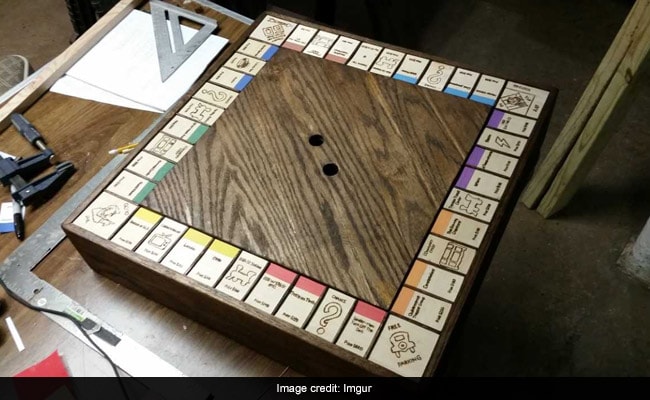 BBC reports that on the day of the proposal, Kevin invited friends and family over before presenting the Monopoly game to Kristin.

"She rolled the trick dice to land on the Chance," he said. "There were a lot of tears of happiness from both of us. 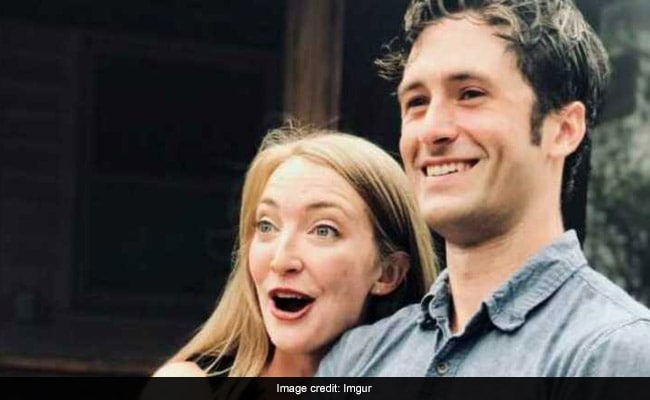 The beautiful proposal went viral after Kevin spoke about it in a Reddit post three days ago.

"I proposed to my fiancee with a wooden Monopoly Board I built," he wrote, sharing a picture of the Monopoly board and a link to the Imgur thread.

His post has gone viral with almost 20,000 'upvotes' and over 500 appreciative comments.

"Monopoly usually tears apart marriages... But today, it created an engagement," wrote one Reddit user. "Way to raise the bar for everyone else, man," said another. "I literally swooned. Yes, I don't even know you and I actually swooned," a third said.

"I'm amazed it's resonated so well with people," says Kevin.

The couple are planning to get married in September next year.