Founded in 2015, "the idea (of the school) was to adapt, not to copy exactly, the feel of Hogwarts" 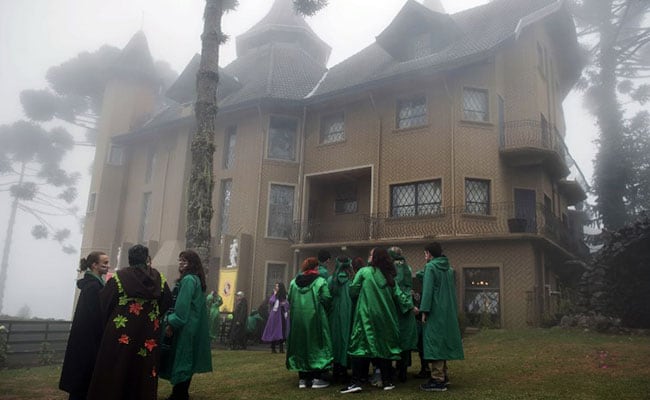 At a castle, a werewolf growls in a cage while a wizard casts spells to try to calm the beast down. Not to worry -- it's just a normal day at Brazil's magic school.

The werewolf is an actor in costume and the spells presumably wouldn't work in the face of a real mythical beast. But anyone entering the Magic and Witchcraft School near Sao Paulo must leave disbelief at the castle gate.

Although inspired by the world of the "Harry Potter" books and films created by J.K. Rowling, where lucky children go to study at the magical school Hogwarts, the Brazilian version says its curriculum has a definite local flavor.

From its founding in 2015, "the idea was to adapt, not to copy exactly, the feel of Hogwarts", said Vanessa Godoy, 27, who is behind the idea in Campos do Jordao, located about 125 miles (200 kilometers) from Sao Paulo. 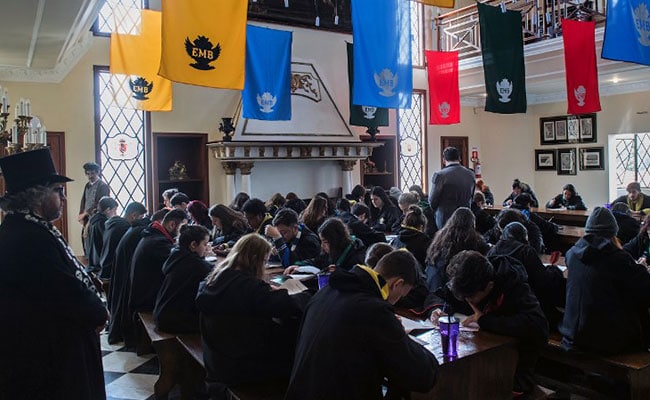 Clients at the school -- which operates for occasional four-day sessions -- are all fans of the Harry Potter series.

But since copyright laws limit what Godoy and her fellow wizards can do, they wave the creative magic wand and use Brazilian folklore to fill the gaps.

"We have our own stories. We get into a lot of the mythology because Brazil is a very magical country," she said.

Hogwarts-style classes are offered in Potions and Elixirs, Witchcraft and History of Magic, and of course there are dances, contests and a tournament based on quidditch, the high-paced game played on flying broomsticks in Rowling's novels. 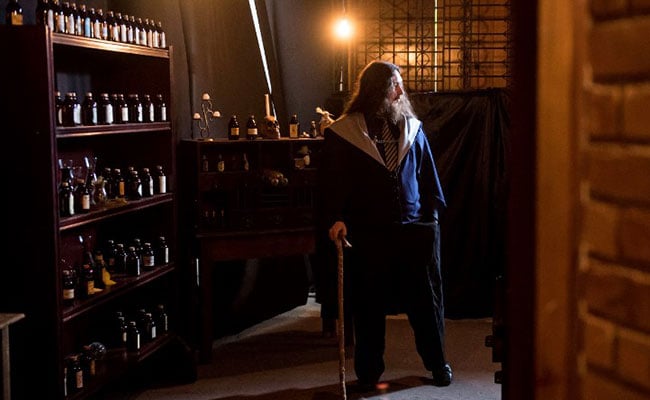 But there are also things you'd only learn in Brazil, like the use of hairs from an indigenous mythical character known for protecting forests and scales from a siren if you want to activate a magic wand.

Learning these supposed secrets is not cheap: the four-day session at the castle -- a real castle which normally is used as a hotel -- costs 2,650 reais, or more than $800.

Clients range from five to 65 years old, with the majority being around 25. They're judges, models, teachers, nurses and students, but all sharing a passion for the Potter phenomenon. 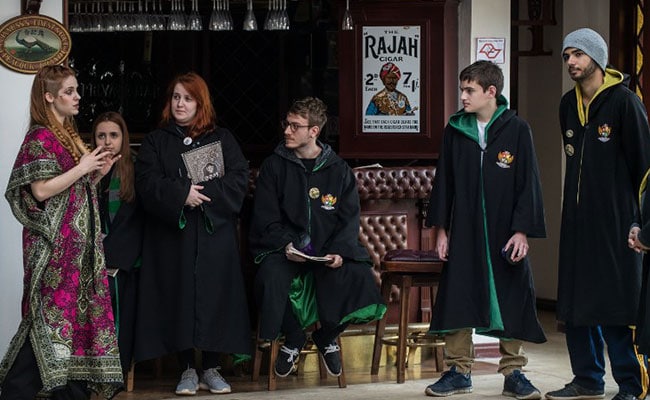 "When we enter the castle, it's as if the world outside no longer exists," says Zerzil Ferreira, a 29-year-old doctor.

"We abandon the 'Muggle' world and immerse ourselves in the magical world and it's all real," he said, referring to the people in the books who are not part of the wizarding world.

Going to the course fulfilled "a childhood dream to become part of the magical universe," he said.

About 100 people took part, all divided into Hogwarts-style houses named Tigers, Serpents, Squirrels and Eagles, with points kept during the various contests and a champion house crowned at the end.

The Quidditch-type game is the most popular.

The sport in theory requires real flying broomsticks, but the terrestrial version developed by fans in the United States instead has competitors running around chasing several balls while holding a broomstick between their legs.

Staff at the school -- all of them actors -- really seem spellbound, since they must stay in their roles 24 hours a day, but students take it seriously too.

"To be here, you need to enter into the character. You are a student and you are learning to be a wizard. You need to respect the teachers and rules. This makes the experience more real," said Renie Santos, 22, who created the popular YouTube channel Expresso de Hogwarts.

"The students give a lot. A big part of the sense of immersion is thanks to them," Godoy agreed.

That dedication becomes clear during the module on dealing with sirens, which the professor for Care of Magical Creatures warns are apt to seduce -- and then devour -- the over-curious. 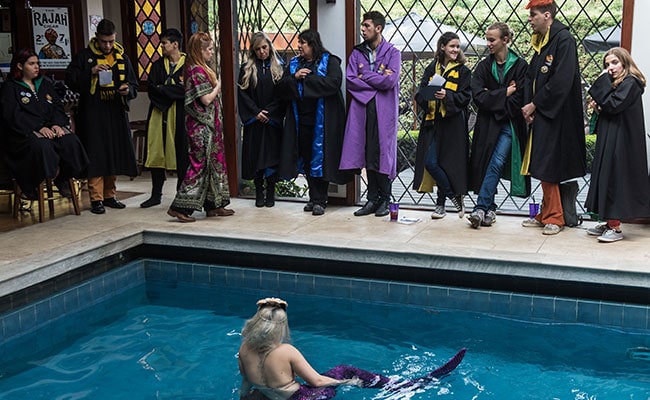 Students then meet Nyx, who swims in the castle swimming pool, and are enchanted. Despite the warnings, one wants to invite her to a dance, the other wants to swim with her and one woman asks for a kiss.

Luckily no one actually gets devoured. But the four days are over and it's time for the temporary magicians to re-enter the real world.