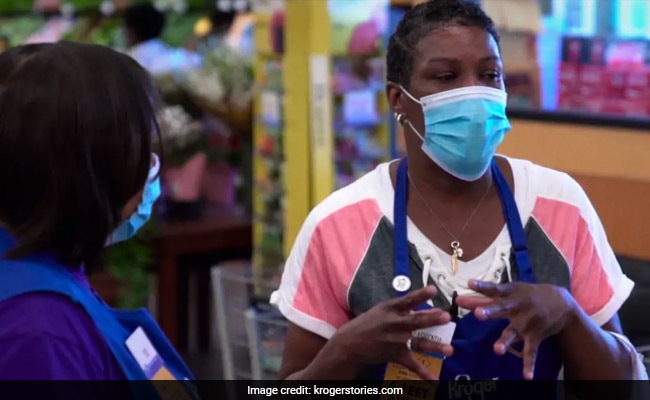 A grocery store in Tennesee, USA, has hired a homeless woman who used to sleep in their parking lot. According to Fox News, a Kroger supermarket outlet in Nashville took a chance on LaShenda Williams almost a year ago. A touching video recently shared by the grocery chain reveals that Ms Williams would park her car at the store's parking lot and sleep there. She had battled drug addiction and abuse which led to her living out of her car.

"I would lean my seat all the way back so no one would see me because, you know, I knew I wasn't supposed to be there," Ms Williams told NBC News.

"You get a feel if someone's sincere or if they're just trying to get a job to say they got one and then quit a month later," Ms Vandal told USA Today. "She was very sincere."

On the day of the job fair, Ms Williams, 46, was hired as soon as she filled out the application form online with the help of Ms Vandal. As soon as she was told she had been hired, she reportedly burst into tears.

Ms Williams has now been working at Kroger for 10 months. Her heartwarming story gained renewed attention after one of her customers heard that she was getting her own apartment. "He decided to not only donate some of his assets but reach out to the East Nashville community to do the same," Kroger said in a statement.

"I was sleeping in a parking lot and looking for something to eat," Ms Williams told USA Today.

"Now, all my babies here love on me," she added. "No one abuses me, and no one calls me dumb and stupid. For the first time in my life, I finally got peace."