Have You Seen These Trending TikTok Videos Starring Will Smith?

#GeminiManChallenge: After posting the videos, #GeminiManChallenge trended on TikTok. Will Smith, who joined TikTok a week ago, has since been posting several mind-bending videos of himself in several different situations. 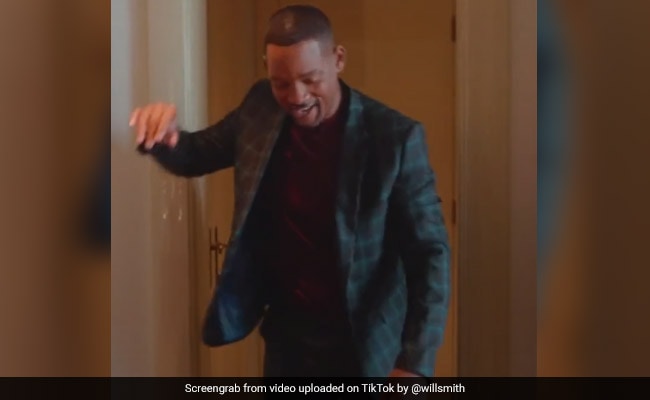 #GeminiManChallenge: A video of Will Smith getting ready for the Gemini Man premiere trended on TikTok

Hollywood actor Will Smith has released two trippy videos on popular social media site TikTok featuring himself ahead of his commercial release 'Gemini Man'. After posting the videos, #GeminiManChallenge trended on TikTok. Will Smith, who joined TikTok a week ago, has since been posting several mind-bending videos of himself in several different situations.

This time, to promote 'Gemini Man', Will Smith posted two videos on TikTok. In one of the videos, Will Smith is seen at home trying to get ready for the movie's premiere, when his doppelganger tosses clothes at him, which he instantly wears.

After checking out his new attire, Will Smith walks opens a magical door which opens straight into a crowded movie premiere and waves to a cheering crowd of fans and paparazzi.

The video, titled 'How imma be running late in the year 3000', has since collected more than 5 million likes and more than 19,000 comments from TikTok users.

In the second video, Will Smith dances to the song 'Pose', by rapper Yo Gotti, while a label saying "I'm the best" appears. However, a surprise, in the form of his disapproving wife, Jada-Pinkett Smith appears in a split screen. "You are obviously not the best" reads the label above Jada.

The video, titled 'Aight, I'm not the best - but DAMN Jada has NO chill!! Y'all know I had to do the GeminiManChallenge! What you got??' has collected more than 6 lakh likes and more than 2,000 comments from TikTok users.

Gemini Man has Will Smith's character, an elite assassin ready to call it quits facing off with a younger, faster, cloned version of himself.

The science fiction action movie, directed by 'Life of Pi' and 'Crouching Tiger, Hidden Dragon' filmmaker Ang Lee, and written by a team of five writers, including 'Game of Thrones' creator David Benioff and Andrew Niccol, a veteran writer of Hollywood science fiction films like 'Gattaca' and 'The Truman Show', is set to release worldwide tomorrow.