From Money To Sleep: Hilarious Summoning Circle Meme Reveals What People Wish For

You'll definitely find some of these wishes very relatable 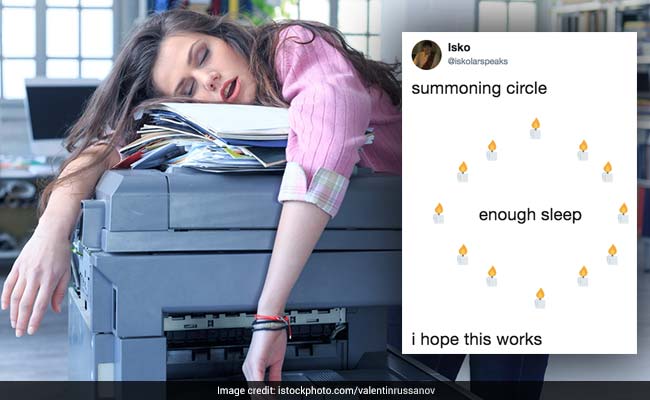 Here is what people are wishing for, using the summoning circle meme.

If only summoning circles actually worked - but no harm in trying, right? That's exactly what Twitter users seem to be doing these days, thanks to a new trend that has taken over the microblogging platform. Netizens are creating "summoning circles" using candle emojis on Twitter, asking for their deepest, darkest desires and hoping they come true. The results are predictably hilarious, and range from "lots of money" to "enough sleep". You'll definitely find some of these wishes to be very relatable, so we collected of the best summoning circle memes for you.

It all began when one Twitter user asked for serotonin by drawing a summoning circle.

The meme took off after that, and soon Twitter was flooded with hilarious requests. Money emerged to be a recurring theme

i hope this works


getting 8hrs
of sleep
in 4hrs
pic.twitter.com/IHYY8uCGVH


A cure
For being clums-

Ah no
Oh no oh no

Which of these things do you wish for the most? Let us know using the comments section below.