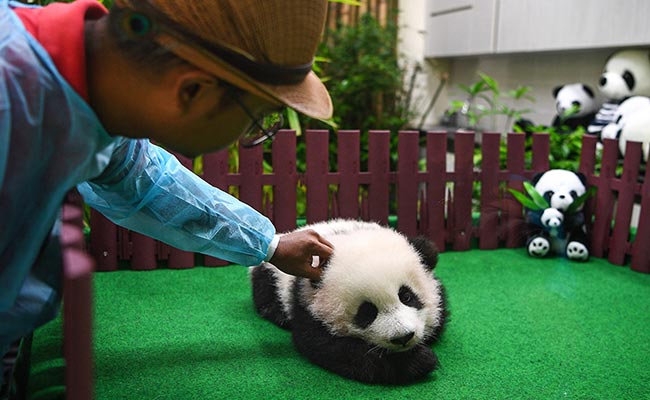 "The cub weighs nine kilograms (20 pounds). She is so cute," an official said. (AFP Photo)

Kuala Lumpur, Malaysia: A four-month-old panda cub made her first public appearance Saturday at the Malaysian zoo where she was born, to the delight of visitors.

The fluffy little cub was the second born to Liang Liang, who has been on loan to Malaysia since 2014, along with a male panda, a rare success story for natural reproduction among giant pandas which are notoriously clumsy at mating on the rare occasions they are actually in the mood.

The family of three were in good health, said Mat Naim Ramli, director of the national zoo's panda centre outside Kuala Lumpur.

"The cub weighs nine kilograms (20 pounds). She is so cute. Her growth is quite fast and she is already able to move slowly," he told reporters. 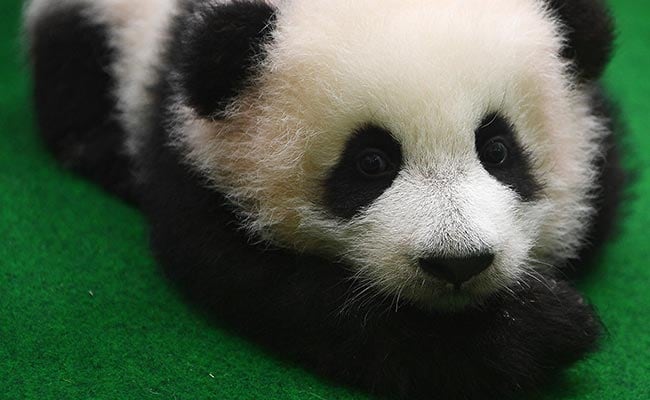 The cub's sister Nuan Nuan was born in August 2015 and sent to China in November last year as part of Beijing's agreement with Malaysia that cubs born in captivity must go back at the age of two.

Mat Naim attributed the success of having two baby pandas born in Malaysia to having a healthy pair that "are able to accept each other".

Inside a glass pen, the baby panda crawled slowly towards photographers but for most of the time was content to lie on her belly. 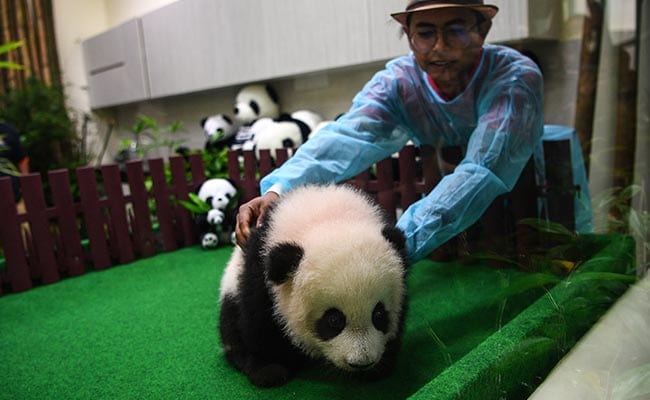 "I love pandas. They are so adorable. I want to cuddle the baby because it is so fluffy," visitor Karene Lee, 25, a business consultant, told AFP.

Mat Daim said the only diet at the moment for the baby panda was its mother's milk.

Chinese ambassador Bai Tian said he was pleased to see the cub was "comfortable and happy".

"We will have an online competition to name the baby," he said.

Liang Liang and the male, Xing Xing, came to Malaysia are on a 10-year loan.

Promoted
Listen to the latest songs, only on JioSaavn.com
It costs zoo authorities some 56,000 ringgit ($14,000) a month to maintain the panda centre.

The International Union for Conservation of Nature classifies the giant panda as "vulnerable". There are an estimated 2,000 left in the wild, in central China.Click for more trending news