"We thought it was absolutely hilarious," said the person who filmed the video 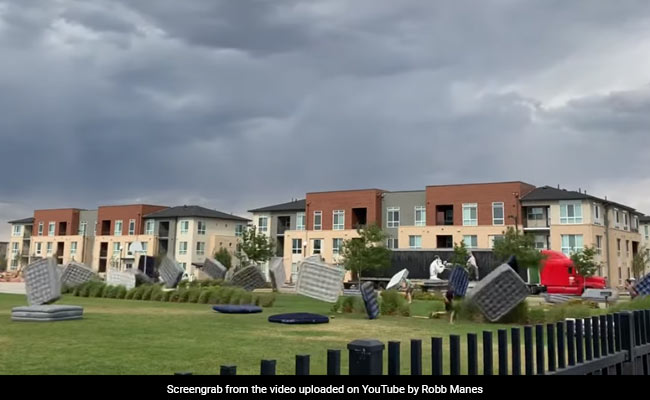 Dozens of mattresses were sent flying into the air in Denver recently.

A strong gust of wind almost derailed an open-air cinema event in Colorado recently. Dozens of air mattresses that had been set up for the event were sent flying into the air as the wind kicked up. A video that has gone viral online shows the mattresses tumbling through the grass in the Denver neighborhood of Stapleton. People can be seen chasing the mattresses and trying to catch them.

According to NBC News, the hilarious video was captured by local resident Robb Manes, who dubbed it "The Great Mattress Migration of 2019" while posting it on YouTube. His video has collected over 2 lakh views on the video-sharing platform, along with a number of amused comments.

"Title sounds like something out of a Douglas Adams book," wrote one person in the comments section. "This is funny! Amazing, really," said another.

"We were just sitting in the pool and all of a sudden, two mattresses flew in," said Mr Manes, describing the scene to the Denver Post. "At first, it was confusing."

The mattresses had been set up for a 'Bed Cinema' outdoor event that ran from Thursday to Sunday.

"Although we felt really bad for the event people, we thought it was absolutely hilarious," Mr Manes added.