'First Of All' Latest Meme That's Viral On Twitter. Our Fave Desi Picks

First of all, get ready to laugh out loud 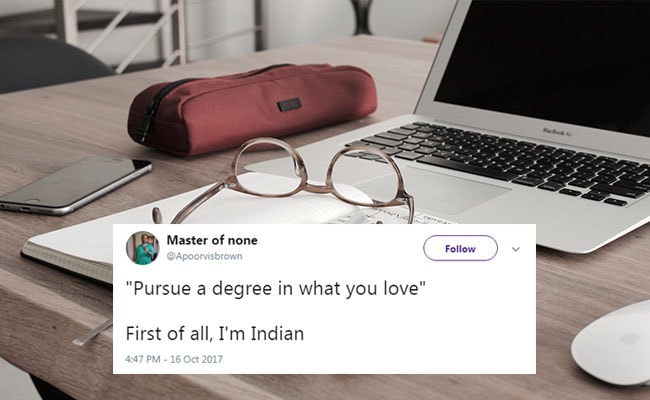 Which meme is your favourite?

The latest craze to grip the Internet these days is the hilarious 'first of all' meme that has exploded all over Twitter. The concept of this two-line joke is simple: The first starts with a premise said to one person, and the second is a sassy response from them. The highly-relatable scenarios explored hilariously through these memes have helped it become an Internet favourite. After all, we can't always say what we want to, but we can sure laugh about it on Twitter.

Well, we decided to round the best 'first of all' memes that will certainly make every desi person laugh out loud.

"India is a boring place"

First of all, have you been to Mumbai ? pic.twitter.com/oETeRM11ub

Didi: Happy Bhai dooj.
Me: Thank you. God bless you. :)
Didi: First of all It's not Twitter. Come home and give me my gift.

"But you're over 18, so you can actually just do whatever you want!"
First of all, I'm a desi girl.#JustPunjabiThings

Itnay "Lectures Kaisey Dein Deti Hein"
First Of All , I Am Mom

"You should really observe an eco friendly Diwali"

First of all, I'm living in delhi.

Person: you're from India? Do you speak Indian?

Fellow Indian: do you speak malayalee at home?

First of all, malayalee is not a language

"Pursue a degree in what you love"

Promoted
Listen to the latest songs, only on JioSaavn.com
First of all, I'm Indian- Master of none (@Apoorvisbrown) October 16, 2017

First of all, there's a thing known as "consent"

"Tum ny mera message parha or reply nhi kiya"
first of all i didnt mean to read it.

Which one did you like best? Do let us know using the comments section below.Click for more trending news