Family Finds One Of World's Most Venomous Snakes Swimming In Their Pool. Watch 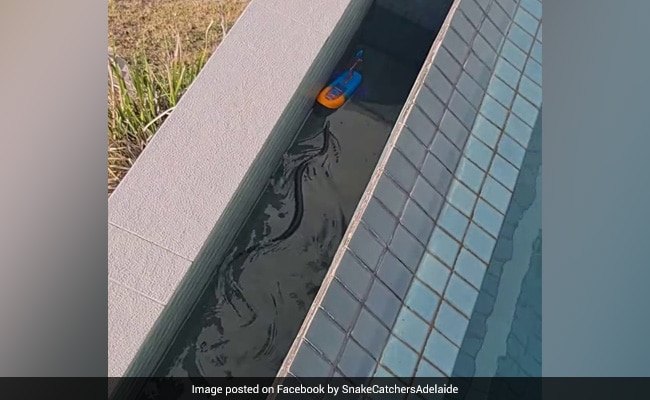 A family in Australia received an unpleasant surprise on spotting one of the world's deadliest snakes in their swimming pool. The eastern brown snake was found taking a dip to cool down in the suburb of Marino in Adelaide on Tuesday afternoon.

"Keep an eye out... the little buggers seem to be everywhere this Summer!" wrote one person in the comments section, while another praised it as a "lovely swimmer".

The eastern brown snake, often referred to as the common brown snake, is a highly venomous snake. The species is widespread throughout eastern Australia and responsible for the majority of snakebite deaths in the country.

According to the Australian Museum, this species is probably encountered more than any other type of snake and can react defensively if surprised or cornered. The potency of their venom can result in progressive paralysis and uncontrollable bleeding.

Last year, a homeowner in Australia recently received a nasty shock when a deadly eastern brown snake slithered out of the sink drain while he was washing up.