The restaurant plans to donate the blue lobster to an aquarium 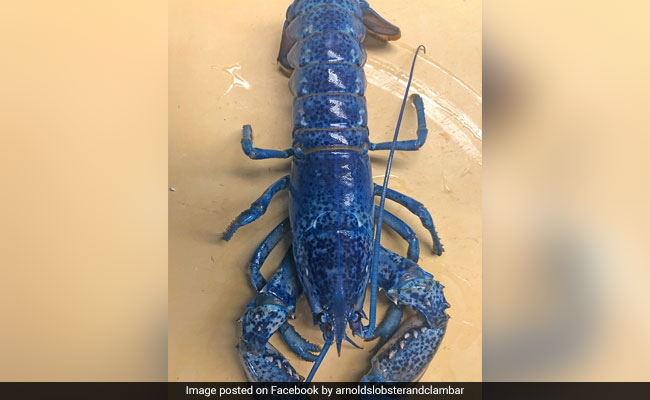 A picture of the blue lobster was shared on Facebook.

A Massachusetts seafood restaurant found a rare blue lobster in a shipment last week. Nathan Nickerson III, the owner of Arnold's Lobster and Clam Bar in Eastham, told CNN that he couldn't believe his eyes when he saw a pop of colour in his lobster shipment.

"I said, 'I think we have something special here.' I couldn't believe the color," Mr Nickerson told CNN. "Everyone was circling around it, just wondering, 'How did this happen?'"

Blue lobsters are extremely rare, their unique colour being caused by a genetic defect. According to Fox News, only one in about 2 million lobsters is born with blue colouration.

Arnold's Lobster and Clam Bar shared two pictures of the blue lobster on Facebook, encouraging customers to stop at the restaurant and see it.

The pictures have gone viral online, collecting a ton of comments.

Thanks to its unique colouring, this lobster has also escaped becoming part of the menu. The restaurant plans to donate it to an aquarium after it has been displayed there for a few days.

"I'd like to give the blue lobster to the St Louis aquarium out of respect to the St Louis Blues, who won the championship, to show that Bruins fans have class," Mr Nickerson said to CNN.

"We want this lobster to stay alive and stay safe."