Exhibition traces life inside the womb 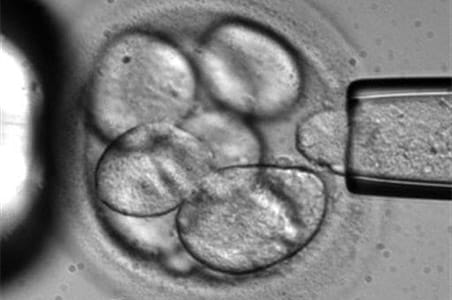 London: Lives of unborn babies inside their mothers' womb can now be seen on Internet, courtesy an online exhibition launched by the Cambridge University.

'Making Visible Embryos' can be accessed for free, and uses dozens of images -- many of them rarely reproduced -- to trace the visual history of the unborn from medieval art and medicine through to ultrasound scans and test-tube babies.

"Our understanding of the nine months of pregnancy is organised around the development of an embryos and foetus into a baby and images are crucial to how we imagine this," Tatjana Buklijas who created the exhibition to show how the embryo-logical view of life was produced said.

Two hundred and fifty years ago there were no such representations. Standing back and looking at how they were made and communicated should help us to understand a major part of the scientific account of how we come to be.

"Images of embryos are commonplace today and, for all the controversy over abortion and certain types of research, we tend to take them for granted," Nick Hopwood, another researcher said.

People contemplating a pregnancy buy advice books that feature various images that are also shown at school and in the press. Yet many of our grandparents would have imagined the process in very different ways.

The first pregnancy test was devised only in 1928 and basic sex education became a regular feature of the school curriculum only in the 1960s.

The story begins in medieval and early-modern Europe, when images of human development were nowhere to be seen.

Women did not envisage embryos developing inside them, but rather interpreted interruptions in their monthly courses as "growths", which might result in a healthy child but could also lead to stagnations or malformations. The truth was not revealed until birth.

In depictions of the expectant Virgin Mary, therefore, Jesus is shown as a small but fully formed child. Even medical images of the contents of the womb did not show development in anything like the modern sense of increasing complexity.

The exhibition goes on to tell the story of how and why images representing development were first made around 1800. During the next 150 years, medicine and biology exploited technical innovations to produce pictures and wax models that communicated ever more detailed and accurate views, as well as new attitudes to childbirth, evolution and reproduction.

Successive generations of scientists, as well as artists, modellers and educators, created these depictions to convey new understandings of what happens inside the womb.

Promoted
Listen to the latest songs, only on JioSaavn.com
Yet while some of the images were made available in books and at exhibitions, public understanding of pregnancy - notably among working class women - remained radically different well into the 20th century.