An ad campaign by Eros Now featured stills from Bollywood movies with captions that were slammed as distasteful by many on social media. 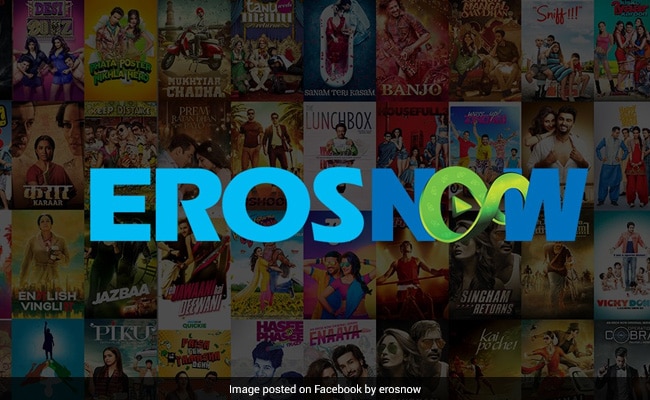 Eros Now stirred up a row with Navratri posters that a section of the Internet deemed "vulgar".

Streaming platform Eros Now has apologised for its Navratri ad campaign which a section of the Internet deemed "vulgar" and offensive. Eros Now, owned by motion picture production company Eros International, found itself in hot water thanks to Navratri posters shared on its social media profiles. The posters, which have now been deleted, featured stills from Bollywood movies with captions that were slammed as distasteful by many on social media.

"Be naughty, sweet toh mithai bhi hai," read a tweet shared alongside one of the Navratri posters.

Another poster featured a picture of actor Katrina Kaif along with the caption "Do you want to put the ratri in my Navratri?"

Calls for boycott of Eros Now grew as the hashtag #BoycottErosNow trended high on Twitter all day. Twitter users slammed the ad campaign as insulting to the Hindu festival, which began on Saturday.

We all Nationalist can never tolerate such a huge insult of Our Navratri.

We are demand fully Boycott ErosNow.

RT if you demand #BoycottErosNowpic.twitter.com/ZOlK1urYis

"Dear Eros Now, Why have you posted these double-meaning vulgar banners for the auspicious festive season?" asked one Twitter user, sharing screenshots of the posters.

Dear @ErosNow, Why have you posted these double-meaning vulgar banners for the auspicious festive season?

I have a feeling that these brands already know that people will feel offended and they will run hashtags and therefore they will get FREE publicity. #BoycottErosNowpic.twitter.com/dL0usDBVF3

Others called for strict action to be taken against the company.

Honorable Home Minister, this EROS company and its owners are deliberately insulting the Hindus, we all Hindus want to take strict legal action against this company immediately. ????@HMOIndia@AmitShah@PMOIndia@narendramodi@ErosNowpic.twitter.com/QCRkrvZF8q

This afternoon, Eros Now shared a statement apologising for the posts.

"We at Eros love and respect our cultures equally. It is not, and it has never been, our intention to hurt anyone's emotions," they wrote.

"We have deleted the concerned posts and we apologise for having offended anyone's sentiments," they added.