This Eminem Song Just Crossed A Billion YouTube Views. Heard It Yet?

'Rap God' also holds a Guinness World Record for the "most words in a hit single". 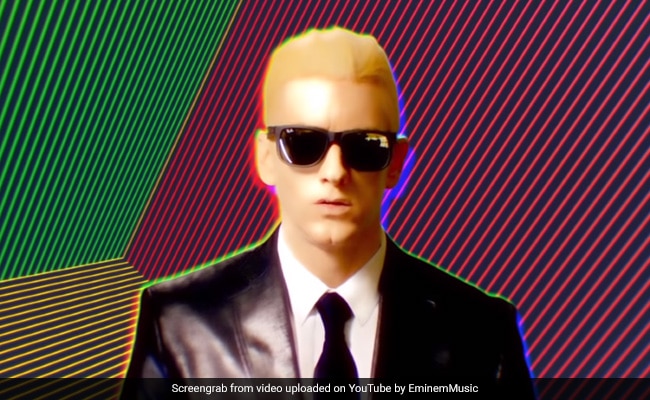 Eminem's 'Rap God' music video has joined the select club of YouTube videos with more than 1 billion views. The rapper's hit track reached the prestigious milestone six years after its release in 2013, its numbers bolstered by Eminem's surprise performance at the Oscars earlier this month and a tweet from the hip hop star. On Friday, Eminem had requested his fans to help the video cross 1 billion views, tweeting a lyric from the song.

"Everybody loves to root for a nuisance" #RapGod countdown to 1 billion," he had written on the microblogging platform.

"Everybody loves to root for a nuisance" #RapGod countdown to 1 billion ???? - https://t.co/ODVYAOBfc0pic.twitter.com/xj1WOaDwsL

Of the billions of videos on Google's video streaming platform YouTube, only 191 have surpassed a billion views each.

Forbes reports that 'Rap God' is the third Eminem song to cross 1 billion views on YouTube, joining the company of 'Love The Way You Lie' and 'Not Afraid'.

The track holds another distinction - a Guinness World Record for the "most words in a hit single".

Eminem had surprised many with his performance of 'Lose Yourself' at the Academy Awards 2020, 17 years after the track won him an Oscar.