The Tesla CEO has been taking a stand against Apple Inc since "Fortnite" maker Epic Games challenged it in a lawsuit. 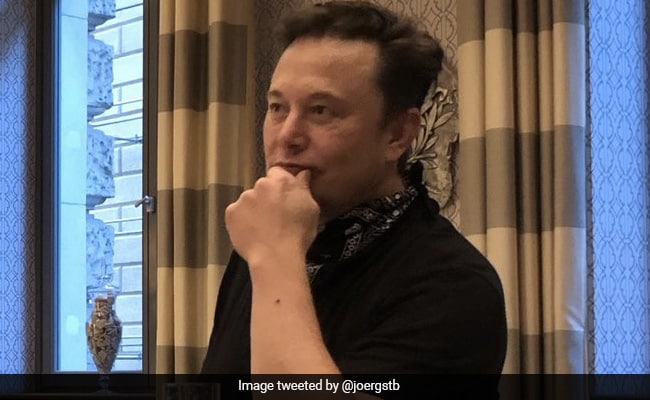 Elon Musk revealed in a tweet that he has cancelled his Apple News subscription.

Tesla CEO Elon Musk, replying to a tweet on Wednesday, announced that he has discontinued using Apple News. In a recent tweet, President and CEO of Gerber Kawasaki Wealth and Investment Management, Ross Gerber wrote that he cancelled his subscription to Apple News. He explained himself by calling the news app "A major source of negativity in my life." Mr Musk replied to this tweet by writing, "Same." Apple News is a news aggregator app from the house of Apple Inc and is available on its iOS, iPadOS, watchOS, and macOS operating systems. It allows users to read news articles based on their choice of publishers, topics and websites.

The SpaceX CEO has been taking a stand against Apple Inc since "Fortnite" maker Epic Games challenged Apple Inc in a lawsuit. Epic Games alleged that Apple Inc was exercising an illegal monopoly through its App Store, where it took a 30% cut on every sale. Mr Musk supported Epic by calling App Store fees "a de facto global tax on the Internet." He had also condemned Apple Inc for creating a "walled garden" of technology.

Apple app store fees are a de facto global tax on the Internet. Epic is right.

Some users claimed to have cancelled their Apple Magazine subscription too.

A user took a fun jab and wrote, "An 'Apple' a day, keeps positivity away."

An 'Apple' a day, keeps positivity away.

A page about fin-tech news posted a photo of Mr Musk's Twitter handle and wrote, "My news source." A user replied to it, "Ha true, everything else is just noise."

Ha true , everything else is just noise

But a user found a tinge of hypocrisy in Mr Musk's annoyance with Apple. The user pointed out that the tech giant might have cancelled the news app subscription, but he was still using the iPhone.

Some asked Mr Musk about his favourite news app after opting out of Apple News.

Other followers suggested that Mr Musk should turn the tables by making a Tesla phone and "most importantly, OS."

Let us see how far the Tesla Giant goes to stand against Apple Inc in this tussle.