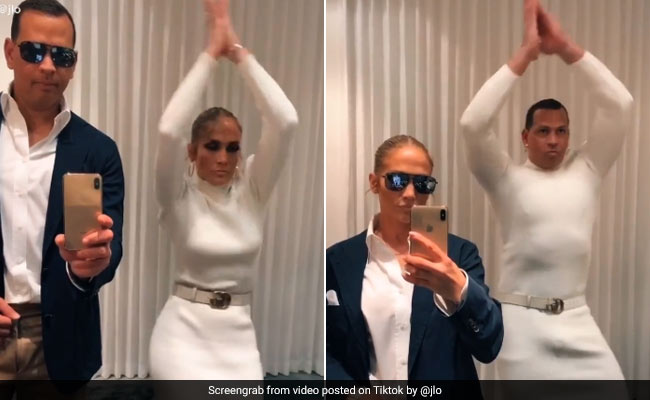 TikTok's latest challenge has found takers in everyone from Senator Elizabeth Warren to singer-actor Jennifer Lopez. The 'Flip The Switch' challenge that is going viral online requires two participants for one video - both willing to groove to rapper Drake's hit song Nonstop. To take part in the dance challenge, the two literally switch places while dancing in front of a mirror. The switch includes an exchange of not just their positions, but also clothes.

According to Time, the Flip The Switch' challenge was first started by Bella and Dallin Lambert. It has since found fans in thousands of others, including celebrities, leaders and social media influencers.

Jennifer Lopez, who performed the challenge with partner Alex Rodriguez, wowed many with her video. Her TikTok 'Flip The Switch' challenge has been viewed over 42 million times on the video-sharing platform. In the comments section, many complimented Alex for carrying off JLo's white dress like a pro.

Model Emily Ratajkowski and Josh Ostrovsky also jumped on the bandwagon. Their take on the 'Flip The Switch' challenge has garnered almost 2,000 amused comments, along with 4.8 lakh 'likes'.

had to do it @theecalvit

Closer home, Sameera Reddy gave the challenge a desi twist as she performed it with her mother-in-law.

'Flip The Switch' is only the latest of the many, many viral challenges that thrive on TikTok. Before this, it was TikTok's 'Hand Emoji' challenge that had gone viral online.