The couple got married in aisle eight of the Fry's Food and Drug Store in Casa Grande, where they initially met in August 2021, 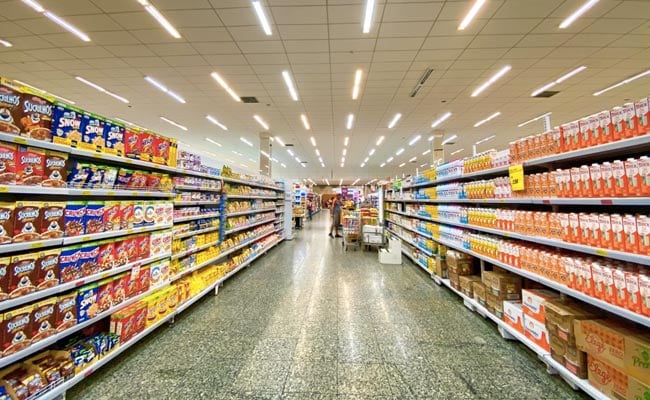 The couple first met each other in the store on August 3, 2021

Most couples, nowadays, choose to get married in exotic and beautiful scenic locations. However, an elderly couple, from Arizona in the United States, ditched the traditional set-up and opted to get married at a place that had a special significance for both of them. Seventy-two-year-old Brenda Williams and seventy-eight-year-old Dennis Delgado chose a grocery store, where they first met to be the venue for their big day.

On November 19, the couple got married in aisle eight of the Fry's Food and Drug Store in Casa Grande, where they initially met in August 2021, according to a LadBible report.

The outlet reports that the couple first met each other on August 3, 2021, when Mr Dennis was getting olive oil mayonnaise, and Mrs Brenda was grabbing Miracle Whip from the shelf. The two started talking to each other, and after half an hour, they exchanged phone numbers. They hit it off immediately and soon started dating. Both of them tragically lost their former partners, and bonded over the same.

It was in April this year that they got engaged. Mrs Brenda even asked her hubby-to-be to propose to her at that same grocery store. "I said we met there. He wants to propose to me, and I want him to do it in the condiment aisle where we met," said Mrs Brenda while talking to Fox 13.

When it came to the choice of wedding venue, the grocery store was their only choice, and luckily, the Fry's store management agreed to the wedding. On the wedding day, Mrs Brenda walked down the same condiment aisle, where their love story started.

She hopes her and Dennis' story gives other people 'hope' that love could be just around the corner.