Man Bites Venomous Snake To Death. He Was Drunk.

The incident happened Saturday at Pacher village in Sabalpur tehsil, around 40 kilometres from Morena. 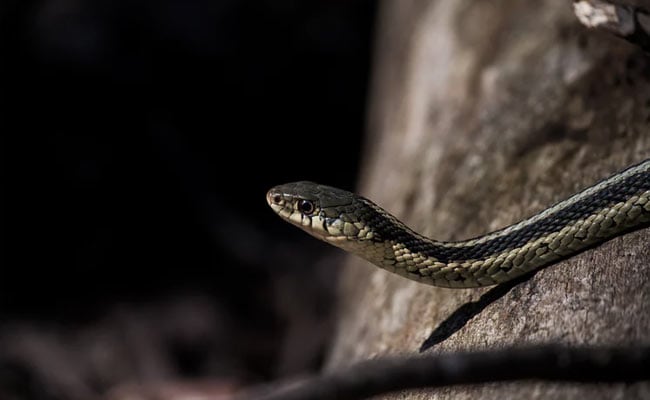 A heavily inebriated man bit a snake at his farm and killed the reptile. Doctors who treated the man said the snake was a venomous one and he was lucky to have survived.

The bizarre incident happened on Saturday at Pacher village in Sabalpur tehsil, around 40 kilometres from Morena.

Doctor Raghvendra Yadav of the district hospital told PTI that Jalim Singh Kushwaha was brought to the hospital in an unconscious state. He was discharged on Saturday after treatment.

Villagers told PTI that Kushwaha saw a black-coloured snake at his farm and, in his stupor, bit the snake. It died a little while later, they added.

Dr Yadav added that Kushwaha might have panicked and lost consciousness after he realised that he had bit a snake.

"It was venomous and if it had retaliated or if any portion of its venom had entered his bloodstream, it could have been fatal for Kushwaha," Dr Yadav said.

Previously, in Uttar Pradesh a man bit off a snake's head as a revenge for snakebite.