Dog Poop For Dessert: Turd-Shaped Treats A Hit In Thailand

"It's strange, no-one else makes poop shapes. People like it!" 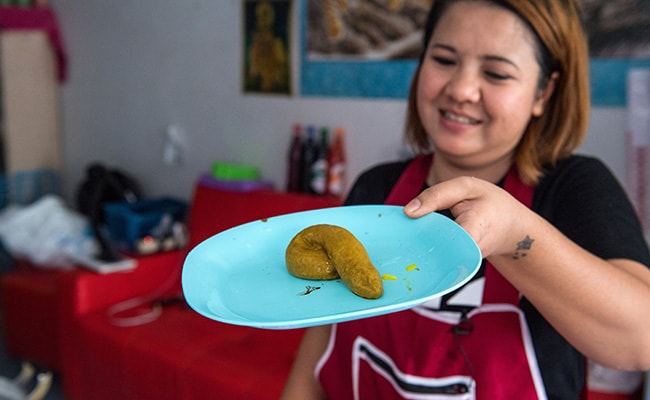 Bangkok: It might turn some stomachs, but a dessert-maker in Thailand has been flooded with orders ever since she started crafting gelatinous sweets into the shape - and colour - of dog poop. Thankfully, not taste.

"It's strange, no-one else makes poop shapes. People like it!," Wilaiwan Mee-Nguen told AFP from the small kitchen in her Bangkok home, where she whips up the unusual confection made of coconut milk, gelatin and food colouring.

The 30-year-old office worker, who spends weekends working on her small side business, had experimented with a range of moulds for her sugary treats before she struck gold several months ago.

It all started when a customer requested an "unusual shape" and Wilaiwan decided to do something especially eye-catching. Now the 'dog poop' desserts have become one of her most popular items, with the intrepid baker selling around 1,000 turd-shaped cakes a month for just under $1 a pop. Wilaiwan expects the buzz to pick up even further as Thai TV stations line up outside her suburban home for interviews after images of the highly realistic-looking concoctions went viral on social media. 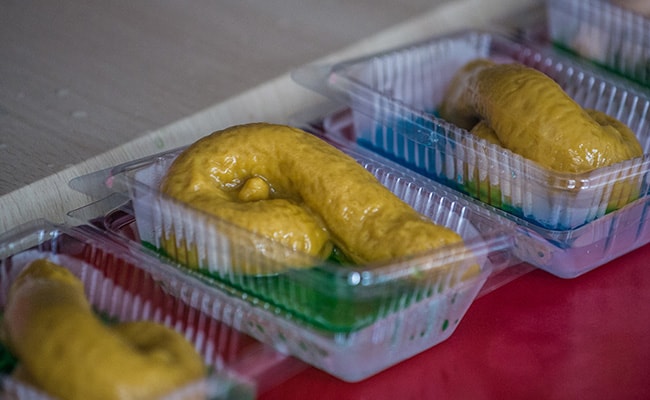 The baker sells around 1,000 turd-shaped cakes a month for just under $1 a pop

But not everyone is a fan, she admits.