The vets were able to extract the ring from the dog's stomach by administering medication to induce vomiting. 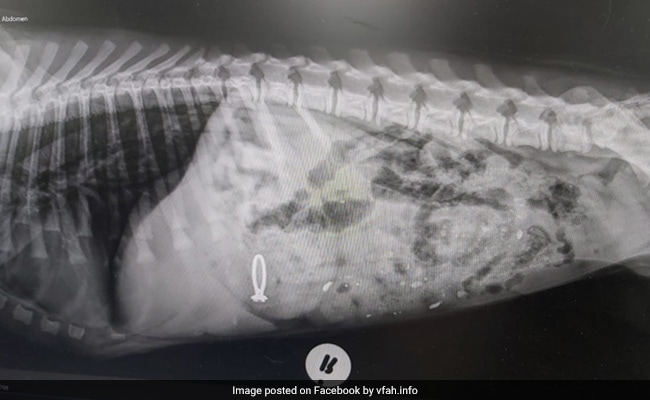 An X-ray showing the engagement ring in the dog's stomach.

A pooch from South Africa seems to have a liking for expensive cuisine, even if it is ideally not meant to be eaten.

Pepper was admitted to the Valley Farm Animal Hospital, which shared an image of the dog on its Facebook page along with a funny caption. "My name is Pepper. Do I look a little nauseous? That's because the vet has just given me something to make me vomit! Not because the vet is a meanie but because I ate my Mom's engagement ring!!!"

"Don't ask! It seemed like a good idea at the time!!" the caption said further.

The hospital then went on to share the X-ray of the ring visible inside Pepper's stomach.

The vets were able to extract the ring by administering medication to induce vomiting after which it was returned to its rightful owner.

Varun Gandhi's Post For Daughter, Who Graduated As The Youngest In Class