Read inOther Languages
This Article is From Oct 12, 2020

The couple claimed that they did not initially realise their cat was actually a Sumatran tiger from Indonesia. 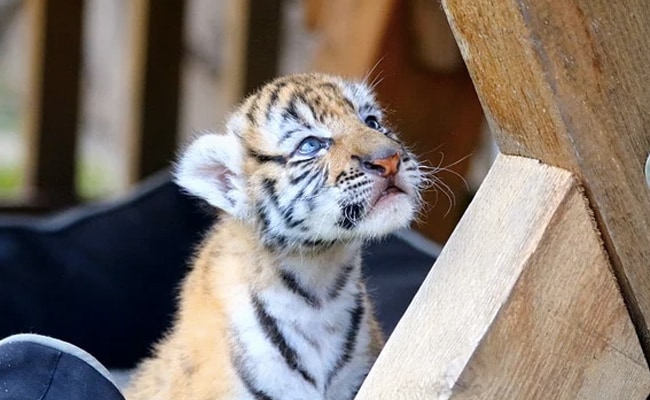 A French couple discovered that the Savannah cat they purchased for 6,000 euros was actually a tiger cub. According to the Daily Mail, the unidentified couple from Normandy saw an online ad for a Savannah cat and decided to get it as a pet. Instead, they ended up with a three-month-old tiger cub.

After a week of adopting the feline in 2018, the La Havre couple realised that instead of being a Savannah - which is a cross between a domestic and a wild Serval - they had been given a tiger cub. They contacted the police after that, sparking a two-year-long investigation.

The couple claimed that they had not realised their cat was actually a Sumatran tiger from Indonesia, despite obvious differences. While Savannah cats are acceptable as pets, tigers are a protected species that cannot be kept as pets without proper documentation and permits. They cannot even be transported without paperwork.

According to local reports, details of the case were revealed recently when nine people, including the couple who purchased the big cat, were arrested. The couple was charged with trafficking a protected species and later released by police. Prosecutors have charged other suspects with animal trafficking and organised crime.

It is not clear how the tiger cub ended up in France. However, before being purchased by the couple, it had featured in a rap video.

The animal appeared to be in good health and was entrusted to the French Biodiversity Office. It was eventually given a new home.