Influencer Slammed For Not Isolating After Testing Positive For COVID-19

"What has helped spread this virus is exactly what you did. You left your primary home to go to your holiday home," wrote one person on Instagram. 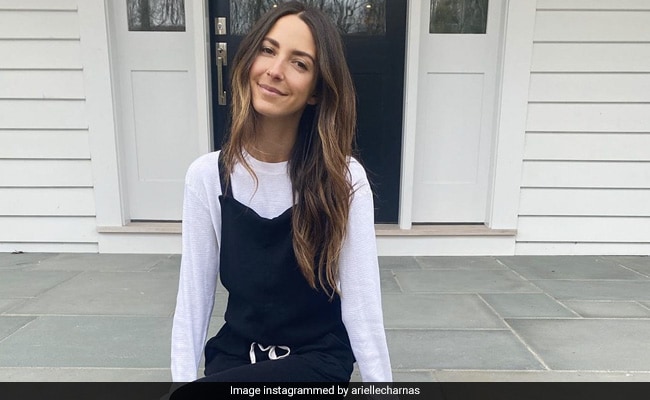 New York City-based influencer and fashion designer Arielle Charnas has apologised after facing furious criticism for "cutting the line" to get a coronavirus test and refusing to quarantine herself after her result came back positive. The 32-year-old, who has more than 1.3 million followers on Instagram, has been heavily criticised for leaving her Manhattan home and fleeing to the Hamptons with her family, seven days after she tested positive for the highly contagious coronavirus.

According to Insider, Arielle first received backlash in March when she revealed to her followers that she had received flu and COVID-19 test swabs from a doctor friend, despite not qualifying for one of the limited tests.

Right away she “called up a doctor friend” to get flu & COVID tests in her car—literally the nurse came outside so Arielle wouldn't have to walk in—and Arielle filmed it all for IG while plugging the doctor and his office. (Then she went silent for extra drama awaiting results.) pic.twitter.com/ytKYnN3LTx

After that, the blogger informed her fans through an Instagram post that she would not be talking about coronavirus and would go "back to regular content/programming".

A day later, however, she revealed that she had tested positive for COVID-19. She also addressed some of the backlash she had received over the coronavirus test by writing "It is the responsibility of our government office to ensure all Americans can access necessary tests."

Over the next few days, Arielle Charnas and her husband stayed home. However, on March 26, only a week after testing positive for coronavirus, she decided to leave for the Hamptons with her family - a decision that had social media users furious as she ignored the recommended 14 day quarantine period after testing positive.

NYC blogger Arielle Charnas posted to 1.3 million followers on March 18 that she had tested positive for COVID-19. On March 26, she announced that she and her husband were symptom-free and headed to their home in the Hamptons indefinitely.

Once in the Hamptons, Arielle continued to go out in public, sharing photos that show her standing outside their home and walking down the street with her daughter.

"Ok so you tested positive for COVID-19 and less than two weeks later you went to the Hamptons and risked infecting others just so you could be by the pool instead of staying inside like the rest of us?" wrote one person in the comments section.

"What has helped spread this virus is exactly what you did. You left your primary home to go to your holiday home. You've risked making others sick by doing that," said another.

After the backlash, the influencer issued a tearful apology on Instagram. "I just wanted to come on here and say, I'm sorry. I never in a million years wanted to hurt anyone, and we're not bad people," she said, according to Daily Mail.

In a statement posted on the photo and video sharing platform, she added that she and her family decided to leave the city after several consultations with doctors who granted them permission.

"My family and I are truly sorry to those we have offended for not appearing to be taking this crisis gravely seriously, and we are committed to making informed, responsible decisions moving forward," she said.