Cops Respond To Reports Of "Large Predator" In Park. It Turns Out To Be...

"Reports of a large apex predator in the Steyning area turned out to be true," wrote police. 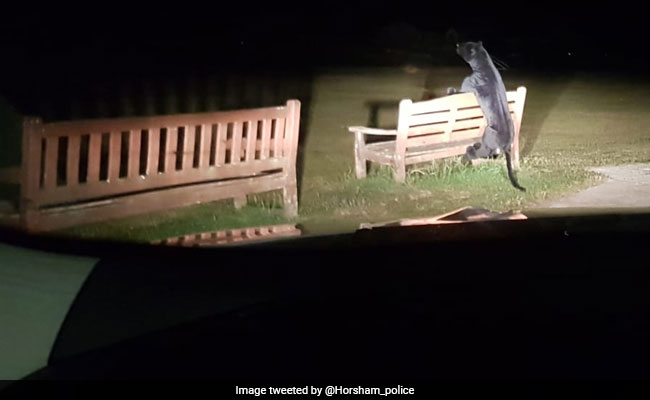 A British police department recently received reports of a "large apex predator" on the loose at a public park. When cops arrived at the park on Friday, however, a surprise awaited them.

In a post shared on social media, Horsham Police department said its officers were summoned to a park in the Steyning area of West Sussex, UK, after receiving information about a big cat on the loose. The local police division - part of Sussex Police - arrived at the the scene and discovered what appeared, at first glance, to be a black panther climbing a bench.

On closer inspection, however, they found the big cat was actually a stuffed toy.

"Reports of a large apex predator in the Steyning area turned out to be true," Horsham Police tweeted, sharing a picture of the realistic-looking toy and admitting that cops did not immediately realise that it wasn't real. "It may be a stuffed toy, but the attending officers didn't necessarily know that at first," the department added.

Reports of a large apex predator in the Steyning area turned out to be true.
It may be a stuffed toy, but the attending officers didn't necessarily know that at first. ????#cw568pic.twitter.com/9awKt4kW62

The incident has tickled many a funny bone on Twitter, where it was shared two days ago.

"This should be enough proof that I really need to read the entire tweet before I look at the photo attached..." wrote one person in the comments section.

"My god that looks real," another said.

This is not the first time that a stuffed toy has left responders confused. In 2018, police in Scotland called off a 45-minute 'standoff' with a tiger after realising that it was a stuffed toy.