"Graced our lives with love for 11 years but made a connection of a lifetime," wrote Virat Kohli. 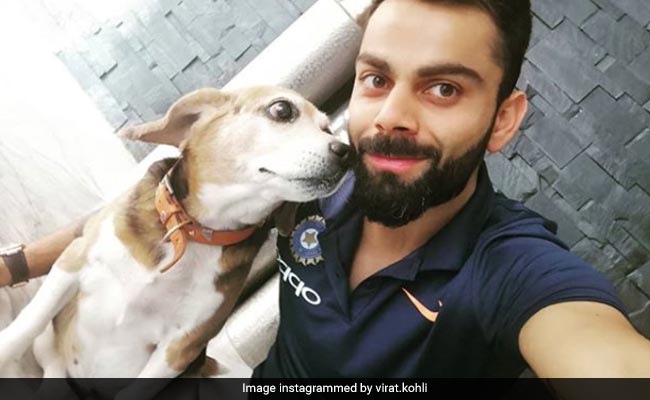 Virat Kohli with Bruno in a photograph clicked last year.

Virat Kohli's beloved pet beagle and workout partner, Bruno, died this morning. "Rest in peace my Bruno," the Team India captain announced in an Instagram tribute to his companion for over a decade. "Graced our lives with love for 11 years but made a connection of a lifetime," wrote Virat Kohli while sharing a photo of Bruno this morning. He added that Bruno had "gone to a better place today". "RIP Bruno" began trending on Twitter soon after the announcement.

Take a look at Virat Kohli's tribute to Bruno the beagle below:

Rest in peace my Bruno. Graced our lives with love for 11 years but made a connection of a lifetime. Gone to a better place today. God bless his soul with peace ????❤️

Photos and videos of Bruno appeared regularly on Virat Kohli's Instagram feed. The cricketer, who lives in Mumbai with wife Anushka Sharma, often charmed fans with anecdotes about his pet dog - who once famously joined him during a workout session to give netizens a delightful video. The couple also has another pet - Anushka's dog, named Dude.

Anushka Sharma also took to Instagram this morning to share a goodbye post for Bruno. "Bruno RIP," she wrote, adding heart emojis to her caption and posting a picture of the couple with their beagle.

In March last year, Virat Kohli had delighted millions of Instagram followers by sharing a selfie with Bruno.

He had also spoken about the special bond between humans and their pet dogs in an earlier post, calling Bruno a part of himself. "The love dogs give you is beyond anything. Absolutely unconditional. My little dynamite is a part of me," the cricketer had written, sharing a pic of the beagle sleeping peacefully on a couch.

Sleeping with absolute peace. The love dogs give you is beyond anything. Absolutely unconditional. My little dynamite is a part of me. Bruno the beagle ????????????????????

Chilling together and being lazy ranked high in the list of things that Virat and Bruno liked to do together. These posts are proof:

Bruno's prisma debut. Love chilling with this one just lying on the floor. Pure bliss ????????❤️❤️

Love being lazy at home with this naughty little dynamite. ❤️???????? unconditional love ????

The two were workout partners at the gym

Hahaha this is proper domination. Love this little stud ❤????????

And  crashed together when the day was done

On Twitter, fans of the cricketer dug out old photos of the two together as they bid goodbye to Bruno.

You graced the life of my jaan #ViratKohli for about 11 years !!

Thanks for each and every time when my love enjoyed and smiled because of you, you didn't made him smile, you made billions smile with that smile????????????

Virat and Anushka are currently staying in Mumbai with parents. In April, they had shared a picture of themselves cuddling with their pet dog Dude.