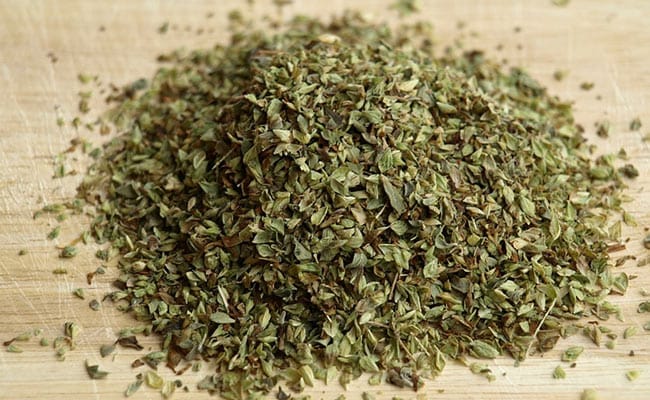 The burglars ran away with oregano instead of marijuana (Representational Image)

A team of burglars in Colorado recently crashed a stolen minivan through the glass front entrance of a marijuana dispensary, stole some containers from inside and managed to escape. However, for all their trouble, they did not get their hands on what they wanted. Denver Post reports that the thieves actually just managed to run away with a lot of oregano, since all the marijuana was kept locked up. The incident took place early on Wednesday morning, at the Native Roots dispensary in Colorado Springs.

According to local reports, the owner of the dispensary said that he did not keep any marijuana up on display. The burglars, during their 1 am grab and run, just managed to steal some oregano and a few T-shirts.

The burglars are believed to be a group of teens who also robbed a liquor store around the same time that day. The van which they used to break in was left inside the dispensary, while they used another car to make their getaway.

The fact that the teens did not actually manage to steal any marijuana left a lot of people on social media very amused:

CSPD says a group of teens drove a stolen van into this pot shop and then burglarized the store - BUT they didn't make off with any real marijuana. In other words, there's a good chance these guys are trying to smoke oregano right now. pic.twitter.com/ydQ2Fcv8sH

Pretty sure their conversation this afternoon will go something like this:

THIEF #1: Do you have the munchies yet?

THIEF #2: Not so much, but I am sort of feeling like Italian for dinner.

Police are now investigating the incident, and the suspects have not yet been caught.