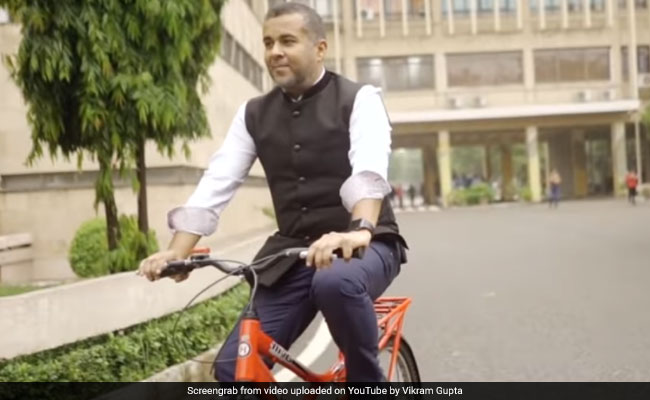 Indian Institute of Technology (IIT) Delhi alumnus Vikram Gupta has released a music video to raise funds for the institute. The video, launched as part of fundraising efforts for IIT Delhi's Endowment Fund, features many notable faces who have studied at the institute. It celebrates graduates of the institute's Delhi campus and begins by applauding IIT Delhi alumni who have created "unicorns" - startups valued at $1 billion or more.

"IIT Delhi alumni run and manage companies with cumulative value of over USD 100 Billion," wrote Mr Gupta while sharing the video on YouTube. "And IIT Delhi continues to produce the best entrepreneurs in the world."

Since being shared online three days ago, the video has collected over 51,000 views.

IIT Delhi had announced its plans to establish the alumni endowment fund last year. The aim of the fund is to raise USD 1 billion by 2025 to aid the prestigious institute.

"The plan is to start with creating a corpus fund of 1000 crore through alumni endowment and use it for the purpose of endowment only - which means to use the interest or earnings from it," Dean of Alumni Affairs Sanjeev Sanghi had told News 18 at the time. The funds will be used to initiate new research projects and centres.