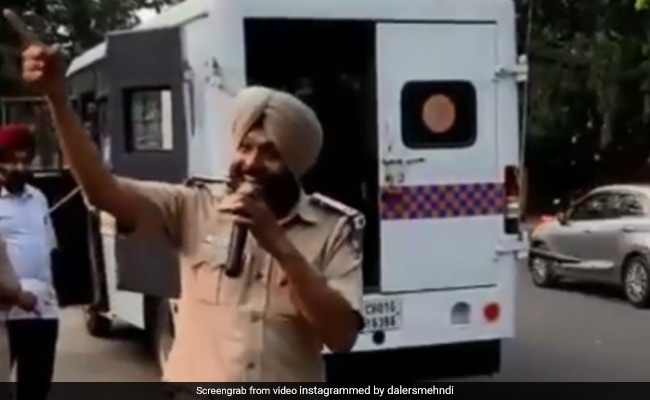 A Chandigarh cop's version of Daler Mehndi's hit song 'Bolo Ta Ra Ra' has impressed many, including the singer himself. A video going viral online shows the cop delivering a unique lesson on traffic rules with new lyrics set to the music of the hit 1995 song.

According to DNA, the video features ASI Bhupinder Singh, whose singing has made him an Internet star overnight. In the video, which appeared online a few days ago, he holds a microphone and sings in Punjabi, warning commuters to not park on the road. He appears to be standing on the side of a road as he directs people into the parking area, all the while singing about the repercussions of parking at the wrong spot. His catchy 'No Parking' song has created a huge buzz on social media.

Mr Mehndi himself shared the video on Instagram and Twitter, saying he was glad that his music was being used to inspire people to follow rules.

The video has been viewed thousands of times since it was shared online three days ago by Daler Mehndi, and people can't stop raving about Mr Singh's 'No Parking' song.

"Hahahaha this is too good," wrote a person on Twitter. "Epic," said one on Instagram, while another added "This is just brilliant."

What do you think of the 'No Parking' song? Let us know using the comments section.