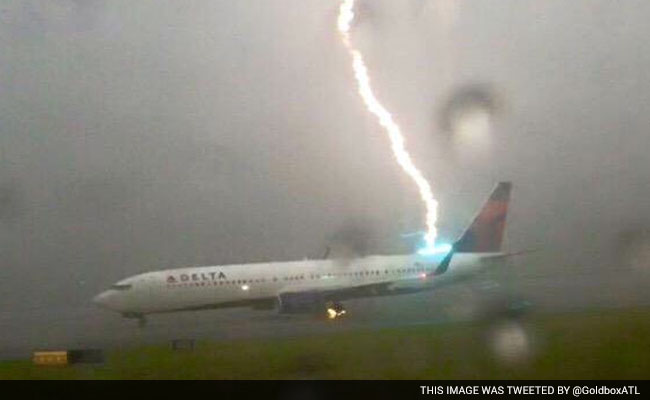 One look at the picture is enough to scare even the most confident flyer.

Be warned, this is not for the faint hearted.

A YouTube video captures the terrifying moment a bolt of lightning struck a Delta plane on the runway at Atlanta Hartsfield Airport, Georgia.

The footage was filmed by Jack Perkins, a passenger on a separate plane that was one among many grounded because of bad weather. He was filming the line of planes waiting to take off when lightning struck one of them. The video has already hit more than a million views on YouTube.

Someone also tweeted a picture of the incident. And to say that it's scary would be a gross understatement.

According to reports, there were about 111 passengers and six crew members onboard the Las Vegas-bound flight, none of whom were injured in the lightning strike.

However, one look at the video below is enough to scare the living daylights out of even the most confident flyer. Watch, but don't say you haven't been warned.