The plane was carrying 150 passengers 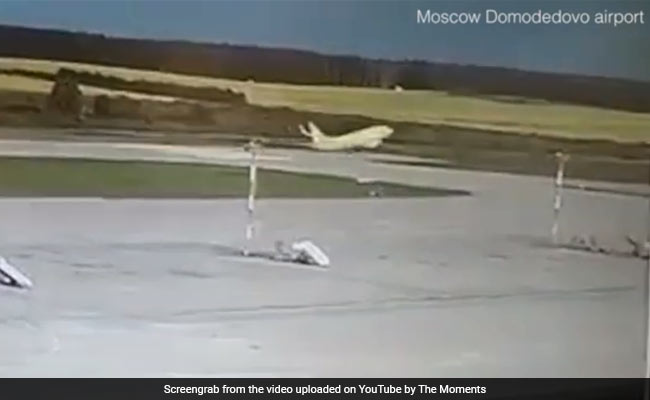 A plane in Russia overshot the runway on Monday.

A video of a passenger plane overshooting the runway during take-off has gone viral online. The incident occurred at Moscow's Domodedovo Airport early on Monday, reports the Independent. The plane was carrying 150 passengers. Luckily, no injuries were reported.

CCTV footage from the airport shows the plane, operated by commercial airline S7, hurtling down the runway. It raised a cloud of dust and destroyed lighting units beside the strip before managing to take off. RT News reports that the jet completed its flight safely and landed at Simferopol airport in Russia's Crimea. Damage to the chassis, however, resulted in a delay to its return flight.

Five lighting units were destroyed during the take-off, but the airport says that did not affect operations. In a statement to RT News, they said: "No elements of illuminating devices were found on a runway as it spread outside of the movement area." They added that the airport "continued to function normally" and that the incident "didn't affect take-offs and landings."