"The whole night sky glowed a brilliant orange with what looked like a comet with flames," one viewer described the scene 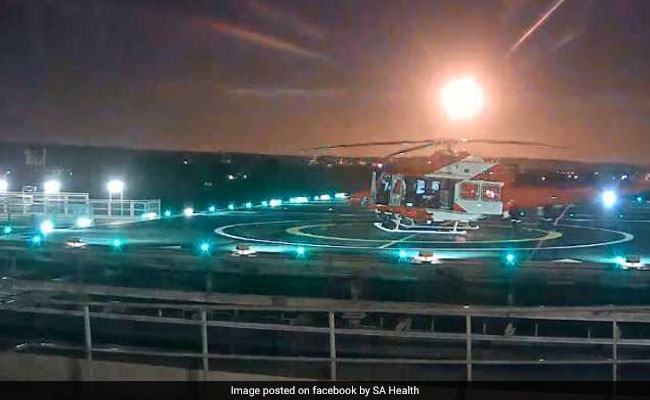 Stunning footage of the fireball has gone viral on social media.

Stunning footage shows the moment a huge fireball, reportedly the size of a car, lit up the sky over southern Australia. The fireball, believed to have been a meteor, was captured on cameras across South Australia and Victoria, reports ABC News. The "fireball," as NASA has classified it, lit up the skies over Victoria and South Australia before crashing into the waters of the Great Australian Bight on Tuesday.

A CCTV camera on Royal Adelaide Hospital's helipad captured the moment the fireball burned as it crashed to the ground. The footage was shared online by South Australia Health, where it has collected over 99,000 views.

Watch the stunning footage below:

"The whole night sky glowed a brilliant orange with what looked like a comet with flames shooting from Earth to the atmosphere," Facebook user Katie Wahlheim described the scene, according to the New York Post.

This is the second fireball to have lit up Australian skies in recent days. Before this, it was a suspected meteor shower over Northern Territory that left netizens awed.