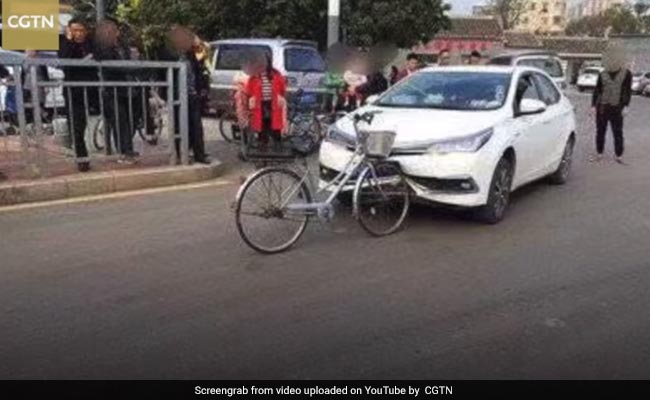 In car vs bicycle, it is the bicycle that came out on top.

"What is this bicycle made of" is a question that everyone seems to be asking after looking at this viral pic. A picture that has gone massively viral on Chinese social media websites shows the scene of an accident between a car and a bicycle. However, contrary to what one would expect, it's the car that comes out worse for wear after the collision.

The viral pic shows the front bumper of a car totally squashed after an impact with the bicycle. The bicycle, meanwhile, looks totally undamaged!

According to CGTN, the incident took place in the city of Shenzen in south China. Watch a video of the astonishing sight below:

Predictably, the picture led to a lot of jokes. "Nokia makes bikes now?" wrote one person on Facebook. "I want this bike," said another.

According to Shanghaiist, many on the Internet began to wonder if the pic was faked, but local police assured them that it wasn't. Releasing a video from the sight of the accident, which shows a damaged car and an intact bicycle, they assured citizens that the pic was not edited or altered.

Luckily, nobody was seriously injured in the accident, though the bicyclist did suffer minor injuries.