The owner of the luxury car is being ridiculed online 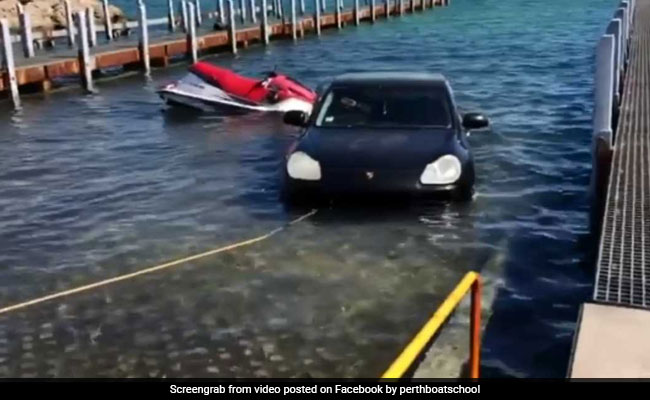 A video of the Porsche Cayenne floating in water has gone viral online.

A Porsche driver is being mocked by netizens after his car ended up in the ocean while he was trying to launch a jet ski. Footage shared by the Perth Boat School on Facebook on Thursday shows the luxury car floating in water at Woodman Point pier in Perth, Australia.

According to Perth Now, the Porsche Cayenne was worth more than $100,000.

"We can also train people how to launch boats ... if you need help, just ask," wrote Perth Boat School while sharing the video.

The video of the car in water has gone viral with over 92,000 views in less than a day. The comments however, are not very sympathetic. Many trolled the owner for ending up in the "ridiculous" situation.

"If only money could buy some common sense," laughed one person in the comments section.

"You would think a Porsche owner would have a better ski," said another.

"All the gear but no idea," a third wrote.

Last year, a car ended up in a pool after a driving lesson went wrong in Maryland.