Can You Spot The Third Person In This Pic Of Elon Musk And Kanye West?

"When you go to your boy's house and you're both wearing orange," wrote Kanye West. 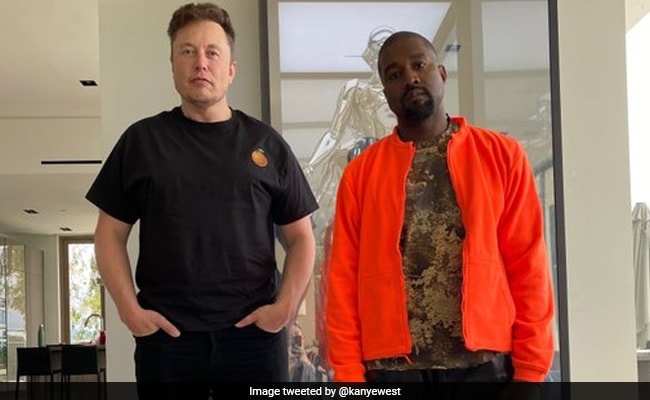 Elon Musk and Kanye West pose for a picture.

What happens when one billionaire meets another (and they both happen to be wearing orange)? A viral picture, of course. On Wednesday, rapper Kanye West took to Twitter to share a photograph that shows him with Tesla CEO Elon Musk. The two have been good friends for a while, reports Insider, but their picture created waves on the microblogging platform nevertheless - collecting more than 7.4 lakh 'likes' in less than a day. It even outdid Kanye's rather strange tweet congratulating his wife Kim Kardashian for becoming a billionaire with a picture of vegetables.

"When you go to your boy's house and you're both wearing orange," wrote Kanye while sharing the picture which shows him in an orange jacket next to Elon Musk, who wore a black T-shirt with an orange logo.

While the picture of the two musicians (please don't forget Elon Musk's viral EDM track from earlier this year) captured the Internet's attention, eagle-eyed netizens were quick to notice another person in the picture. Can you spot them too? Take a look:

When you go to your boys house and you're both wearing orange ???? pic.twitter.com/IyPOdEKaVY

Many Twitter users responded to the tweet to point out that the pic appeared to have been taken by Grimes - Elon Musk's partner. The Canadian singer was visible in the reflection of a window behind the pair.

Grime has a better pose and outfit than both of them she isn't even in front of the camera pic.twitter.com/VD1nP2T8Nu

The pic also led to a number of hilarious reactions and memes - including one from Kanye himself.

When you go to your boys house and you're both wearing orange ???? pic.twitter.com/RBdxT1d23d

According to Fox News, Elon Musk and Kanye West's friendship dates back to at least 2015, when the Tesla CEO wrote in a blurb for Time magazine's 100 Most Influential People list, "Kanye West would be the first person to tell you he belongs on this list. The dude doesn't believe in false modesty, and he shouldn't. Kanye's belief in himself and his incredible tenacity - he performed his first single with his jaw wired shut - got him to where he is today."