Came To Flush Your Worries Away? Nope, Not In This Toilet 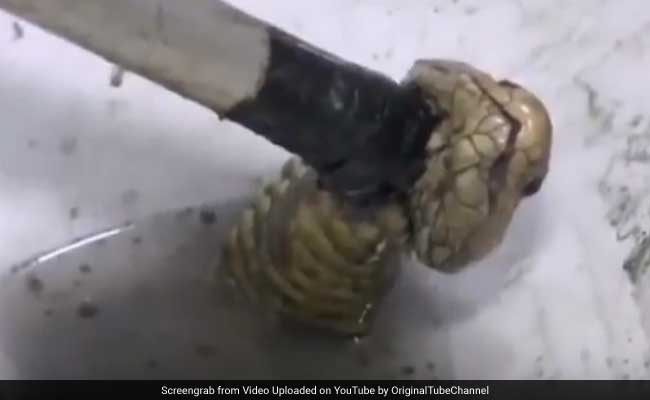 A still from the video

What is it about Thailand and snakes in toilets? It hasn't been that long since we reported about the man who fought a nine-foot-python in his toilet and ended up in a hospital. And already there is a moment of déja vu.

Only this time it was a cobra that came out of a toilet bowl in Thailand.

According to reports, a 27-year-old man named Pollapat Laokamnerdpetch encountered a cobra popping its head out from the toilet bowl. Before he could call the rescue officials, the snake disappeared in the pipes.

It took almost 30 minutes to find the cobra in the septic tank, and once caught it was transferred to Queen Saovabha Memorial Institute in Bangkok.

Click below to watch the hide and seek between the snake and rescue officials from Thailand: