The pursuit ended when the driver crashed his vehicle, while taking a turn at 160 km per hour 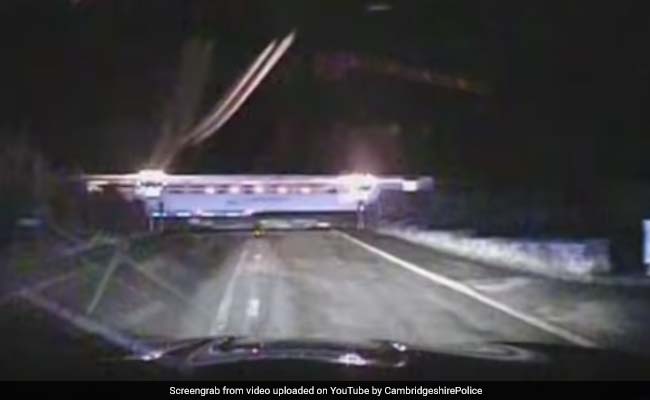 Police in United Kingdom have released video of a driver's close shave with a train while being involved in a high-speed pursuit. The intense police chase took place on the night of 25th April in Cambridgeshire county but the video has only been released to the public now.

The offender, 20-year-old Isaiah Eghobamien, was cruising through Cambridgeshire at speeds of 180 km per hour when he missed an oncoming train at a crossing by a few seconds, police said. The chase was captured on camera installed on a police chopper and the driver's own dashcam. Dashcam showed the driver approaching a railway crossing when suddenly a train whizzes past the car.

While trying to dodge cops, the driver sped through villages, drove the wrong way and even overtook an ambulance responding to an emergency call, reported ITV.


Promoted
Listen to the latest songs, only on JioSaavn.com
The pursuit ultimately ended when the driver crashed his vehicle, injuring himself and five other passengers while taking a turn at 160 km per hour, police wrote on YouTube. Police described his driving on the night of the incident as "persistently dangerous", reported BBC.

On May 30, the man was sentenced to a year in a young offenders institute. He was also banned from driving for two years and ordered to take an extended driving test by Cambridge Crown court.Click for more trending news