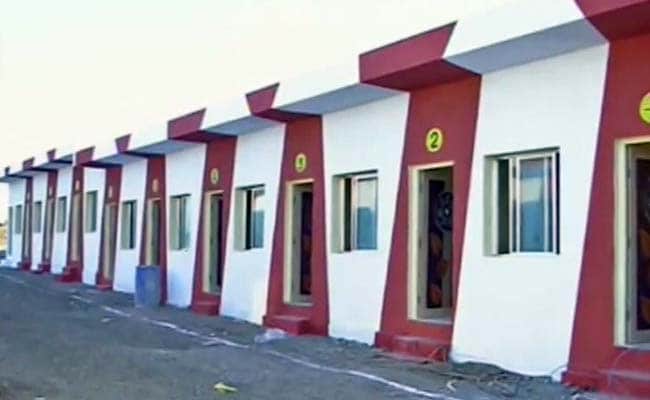 Houses that were built by Ajay Munot

A businessman from Aurangabad district in Maharashtra gifted 90 houses to the poor as a wedding gift on the occasion of his daughter's wedding.

Munot who is a Wholesale trader of cloth and wheat constructed this colony on 2 acres of land.
The family selected people for these houses on the basis of three criterias - the individual needs to be poor, second, the one one lives in slum and third he does not have some sort of addiction.

Promoted
Listen to the latest songs, only on JioSaavn.com
The bride Shreya and the groom have appreciated the effort and the idea which Munot said was suggested by a BJP MLA.

At present, more around 40 families have moved in and more are expected. Munot says that he steered cleared of an lavish wedding ceremony rituals and hotel bookings.