Dubai's Burj Khalifa, the world's tallest building, offered a tribute in a remarkable way. It was illuminated on Sunday with a picture of the Queen. 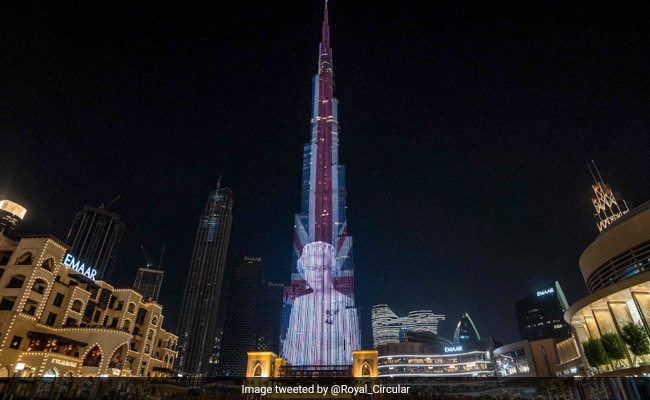 Picture shows Burj Khalifa illuminated on Sunday with a picture of the Queen.

People from all over the world are paying their respects to Queen Elizabeth, Britain's longest-reigning queen who sat on the throne for more than 70 years. Joining them is Dubai's Burj Khalifa, the world's tallest building, that offered a tribute in a remarkable way. It was illuminated on Sunday with a picture of the Queen.

A video from the beautiful scene is going viral on the internet. Numerous users have shared video of the beautiful sight on social media platforms. The video shows the world's tallest building portraying a picture of Queen Elizabeth II which was followed by the flag of the UK later.

A post was also shared by the official page of Burj Khalifa on Twitter along with the video of the stunning view on Sunday. "Lights up to extend our deepest condolences for the passing of her majesty Queen Elizabeth II," reads the caption.

Since being shared, the video has amassed over 2 lakh views and hundreds of likes. Users have praised the tribute by pouring out their emotions.

One user wrote, "Outstanding. Will this be repeated over the next week please?"

Another said, "Thank you Burj Khalifa Greatly appreciated. Would this be repeated again... would love to head down there to video & send back to my UK family."

Queen Elizabeth died on September 8 at the age of 96.