Burglar Breaks Into Restaurant, Stops To Cook Dinner For Himself

The meal included five steak sandwiches, fries and some soda. 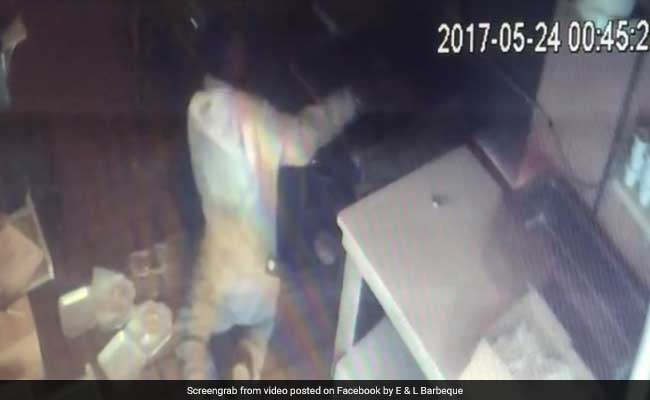 The burglary happened at a restaurant in Jackson, Mississippi on Tuesday

A restaurant in US saw a break-in like never before. A burglar, on Tuesday, broke into the E&L Barbeque restaurant in Jackson, Mississippi in full Mission Impossible style coming in through the ceiling and crawling around the floor. As he moved around the restaurant in search of money, the burglar got a little hungry and stopped to cook some dinner for himself. A meal that included five steak sandwiches, fries and some soda.

The burglary attempt was caught on the restaurant surveillance camera. The suspect, who made his way in through the roof, caused thousands of dollars in damage as he made holes in the ceiling and drywalls of the restaurant.

Promoted
Listen to the latest songs, only on JioSaavn.com
"This is not the model you want to follow if you want to successfully rob a business!" the post said.