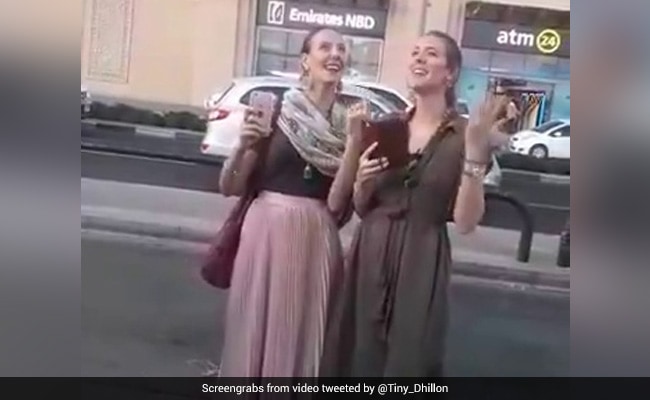 An old video of a British singer performing a Sufi classic on the streets of Dubai is viral again, and it makes for the perfect pick-me-up on a dreaded Monday. In 2017, a video of British singer Tanya Wells singing 'Dama Dam Mast Qalandar' captivated people across the world. The soulful rendition is now going viral on Twitter again, earning her much praise and appreciation.

The 2017 clip was posted on Twitter by Lieutenant General KJS Dhillon on Sunday. It shows Ms Wells and her companion singing the song on a busy road while a guitarist plays along. In the clip, several people can be seen stopping to listen to the two melodious singers, and their voices are sure to leave you spellbound as well.

Since being shared a day ago, the video has garnered over 15,000 views and nearly 2,000 'likes'. Several people in the comments section praised the singers' rendition of the spiritual Sufi song.

"Waah...dil khush kar ditta...bought a smile to my face," wrote one Twitter user.

Tanya Wells is a British-Swiss citizen who spent several years in India as a child. Trained in Hindustani classical vocal, she has performed at venues across the world with her band Seven Eyes.

What do you think of the video? Let us know using the comment section.