In the ad, Akshay Kumar plays the role of a Maratha king whose army returns victorious from battle. 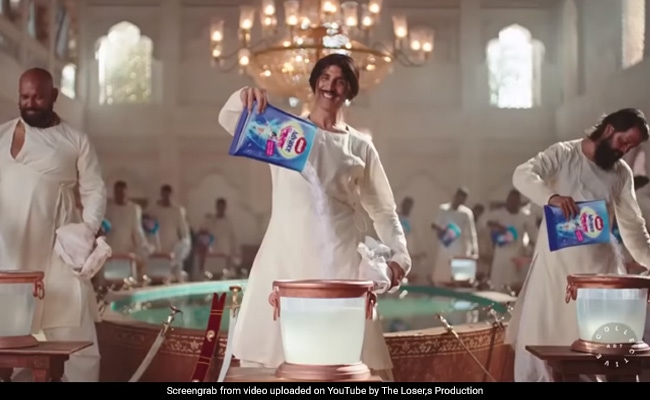 Many on social media are calling for a boycott of Nirma washing powder, alleging that the company's latest ad featuring actor Akshay Kumar defames Maratha warriors. The hashtag #BoycottNirma has been trending on microblogging platform Twitter with more than 22,000 tweets since Tuesday.

In the ad, Akshay Kumar plays the role of a Maratha king whose army returns victorious from battle and then sets about washing their own soiled clothes. "The king's army knows how to thrash enemies as well as wash their clothes," Akshay Kumar says in the ad.

The advertisement did not go down well with a section of people who said it mocked Maratha warriors. According to Navbharat Times, a police complaint was filed against Akshay Kumar at Worli police station in Mumbai for allegedly defaming Chhatrapati Shivaji Maharaj in the advertisement.

"They have made use of our brave Maratha Soldiers to sell their product," wrote one Twitter user.

We are demanding Nirma to withdraw the offensive advertisement in which the great Maratha soldiers shown wrongly, they have made use of our brave Maratha Soldiers to sell their product and tender an unconditional apology immediately ! pic.twitter.com/pzu305bHJCpic.twitter.com/4Y7wKki53t

"Maratha warriors in mavala uniform are made fun of. Akshay Kumar makes mockery of Marathas," another said.

Maratha warriors in mavala uniform are made fun of.@akshaykumar makes mockery of Marathas - an insult to Maratha Culture and Maratha Warriors.
Lets pledge to #BoycottNirma and movies of Akshay Kumar pic.twitter.com/WVulKnMoLl

Many shared angry comments criticising the "offensive" ad and asking Nirma to withdraw it.

Humble aaplel to Nirma manufacturer to withdraw this advt. With unconditional apology
OR ELSE
Maratha warriors of era 2020 will wash out their existence from market by economical boycott on Nirma product .

Showing them in a comic way is an insult of Maratha Culture and Maratha Warriors !#BoycottNirmapic.twitter.com/rpAjbx9gb7

NDTV has reached out to Nirma for a comment.

On the work front, Akshay Kumar was last seen in Good Newwz with Kareena Kapoor.