"He has a very big heart and all around caring spirit," says his mother 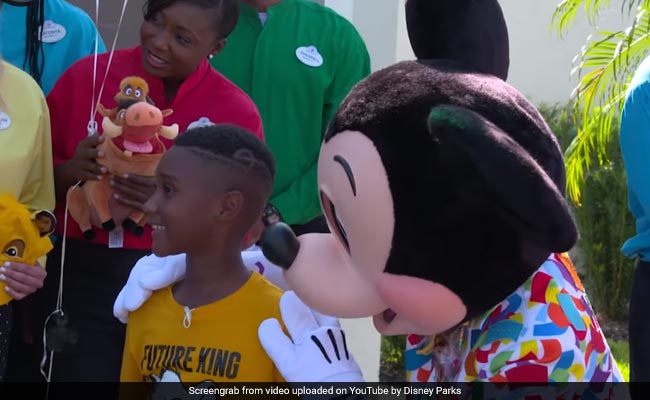 Jermaine Bell was surprised at his home by a group of Disney cast members.

Jermaine, a 7-year-old from Jacksonville, Florida, saved money over past one year for a birthday trip to the Walt Disney World resort, but at the last moment decided to empty his piggy bank to feed people evacuating from Hurricane Dorian, Fox 35 reported.

Instead of going to Disney World, Jermaine asked his parents to go to South Carolina on Labour Day weekend as he wanted to use his vacation money to help people affected by Hurricane Dorian.

"The people that are travelling to go to other places, I wanted them to have some food to eat, so they can enjoy the ride to the place that they're going to stay at," Jermaine told Fox 35 in an interview.

Disney officials took notice of the selfless act by the six-year-old who turned 7 on Sunday (local time) and decided to reward his generosity by giving him a free trip to the theme park, an entertainment complex in Bay Lake and Lake Buena Vista, Florida.

A group of cast members paid a surprise visit to his place in Jacksonville, Florida, where they informed him that he along with his family were being rewarded with a free VIP vacation to Disney World, Florida.

Soon after, a video of Jermaine receiving the prize of his life was uploaded to YouTube by Disney. It has garnered more than 2,00,000 hits with the caption, "Six-year-old Jermaine Bell surprised with a Dream Disney World Trip."

"He has a very big heart and all around caring spirit,"Jermaine's mother told Fox 35. "It definitely makes it a birthday to remember for him,"

She now plans on taking him to Disney World very soon.