"This is a black and white photograph. Only the lines have colour." 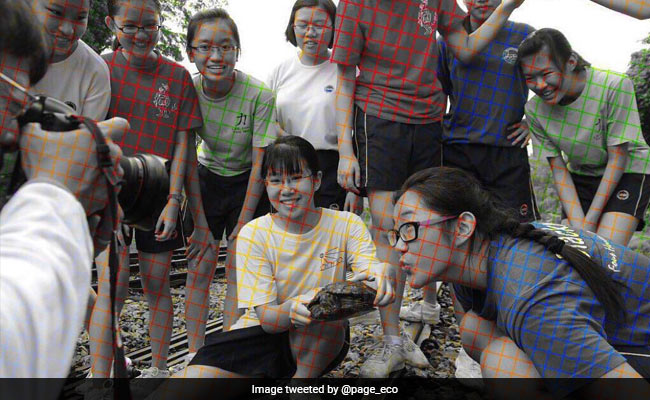 Is this picture black and white or coloured?

Every so often, an optical illusion goes viral on the Internet and makes us question our own eyes. This week too, a mind-boggling optical illusion is confusing social media users across the globe. This time, it's making people see colours where there are none!

The optical illusion was posted to Twitter on Saturday by Lionel Page, an economist at UTC Economics, according to the Mirror. It shows a group of people smiling for the camera. While the image is black and white, coloured grid lines have  been placed on top of it.

"This is a black and white photograph. Only the lines have colour," wrote Mr Page while sharing the pic online.

Take a look at the optical illusion below:

This is a black and white photograph. Only the lines have colour.

What you “see” is what your 🧠 predicts the reality to be, given the imperfect information it gets. pic.twitter.com/gwttlcC2Zw

Do you see this image as coloured? Well, that's because the of the grid lines that trick your brain into thinking the whole picture is coloured.

Here is how people reacted to the optical illusion, which has collected over 18,000 'retweets' and twice as many 'likes'.

Its business like this why I'll never trust my brain. https://t.co/75Y5UYXFra

Some were suspicious of the 'black and white' claim

The image is 36% colored. pic.twitter.com/tjXKMoOgvN

Let us know what you think of this optical illusion using the comments section.