"Nanny required to cook and clean for my 18yr old daughter," reads the job listing. 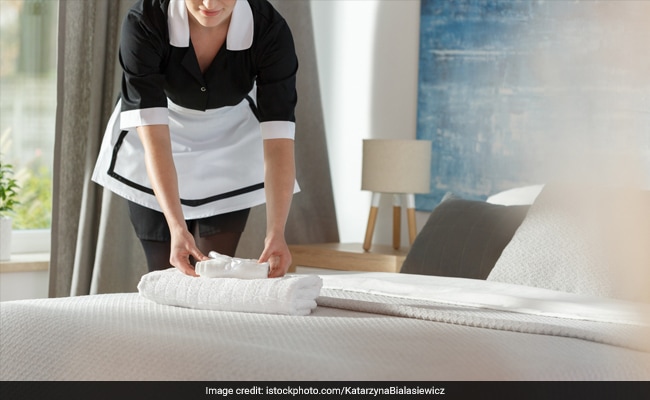 A job advertisement seeking a nanny for an 18-year-old law student has been slammed by many as "bizarre" and "ridiculous". The part-time position for a nanny in Leeds, UK, was advertised on the recruitment site Indeed.

According to the listing, made six days ago by an anonymous parent, the nanny would be required to cook and clean for the legal adult.

"Nanny required to cook and clean for my 18yr old daughter who is going to University of Leeds in a demanding first year program- Law," the job listing reads. It goes on to say that the student would have a driver to pick up groceries but would require a nanny to "ensure she eats well and lives without the stress of laundry, cleaning."

"Her study schedule is very intense... She is Canadian and she needs someone to cook and clean for her and lives in a two bedroom apartment."

The advert was mocked mercilessly on Twitter, where it elicited many shocked comments.

I'm studying law and work 3 jobs alongside to pay my rent. She will never cope as an actual lawyer if she can't manage her time well enough to cook lmao.

Parents are hiring a nanny to cook and clean for university student, 18 . The toll of student life is becoming unbearable poor lamb just wait until she has to do a two day week like the royals its a killer .

Meanwhile half her classmates will be working two jobs to survive.

According to The Independent, Lewis Dean, corporate communications manager at Indeed, confirmed that the job listing is genuine.

What do you think of this job? Let us know using the comments section.