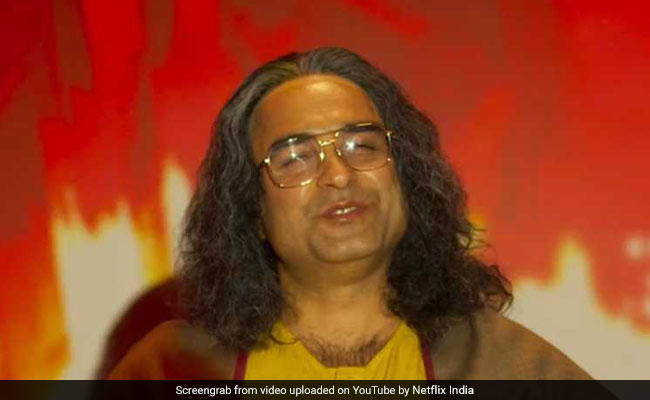 The Delhi Metro Rail Corporation shared a meme based on 'Sacred Games 2' trailer.

After keeping fans waiting for month, Netflix finally dropped the trailer of Sacred Games 2 on Tuesday. As expected, Twitter instantly went into overdrive creating memes from the trailer, and one dialogue in particular quickly became a favourite. Pankaj Tripathi's "Balidaan dena hoga (there has to be a sacrifice)" has inspired a ton of memes on social media - including one from Delhi Metro Rail Corporation (DMRC).

On Wednesday, the DMRC posted a meme based on the dialogue from the show's mysterious Guruji. "When you sit in a reserved seat," they wrote, adding the "Balidaan dena hoga" meme from Sacred Games 2 after that.

The Delhi Metro has some seats reserved for senior citizens, the differently-abled, and women. Their post seems to imply that passengers who occupy seats not meant for them will be asked to give them up.

When you sit in a reserved seat:#SacredGames2pic.twitter.com/FWPtUvEiWb

The meme has been widely appreciated on Twitter, with many applauding DMRC for stepping up their social media game.

@OfficialDMRC is getting more social. Keep it up

The second season of Sacred Games will premiere on Netflix on August 15. It will further explore the entangled lives of Inspector Sartaj Singh, played by Saif Ali Khan, and gangster Ganesh Gaitonde, essayed by Nawazuddin Siddiqui.